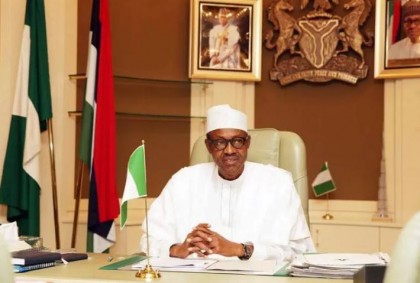 Mr Afolabi Imoukhuede, Senior Special Assistant to the President on Job Creation (N-Power Scheme), has advised N-Power volunteers to be more productive to build the confidence of state governments to gain permanent employments.
Imoukhuede gave the advice at the News Agency of Nigeria (NAN) forum in Abuja.
The scheme is meant to recruit graduates as teaching assistants, agriculture extension and primary health care workers.
“The reality is, if you take this very seriously, it is a lifeline that we have extended to you to build your employability status; it is two-year-paid volunteer.
“If you take this very seriously, there is no way you will not gain; if opportunity now opens up that the state now wants to engage people, you will be among the top that they want.
“That has happened in Gombe, the governor has extended close to about 700 of them to offer them some permanent employment.
“The same thing in Borno in a particular local government, even before N-power came it has been really graduate volunteers that put themselves together there.
“It was in one of the local governments that was ravaged by Boko-Haram and (they) were alternating to provide teaching.
“Incidentally, N-power helped them, because a lot of them were in the N-power programme, but the governor said that `I want to offer you some position in civil service’.
“He is saying, `can we take them away from N-power to give them some placement slots ?’’
According to him, some state governors have started supporting and strengthening professionalism of the N-Teach volunteers by preparing them for their mandatory teacher development programmes in their states.
He said that Ogun and Borno had started the programmes while some state governors had requested for more deployment of N-power employees because they had been very supportive.
He said that SUBEBs, in their own initiatives, deployed National Certificate of Education (NCE) employees to primary schools, especially where teacher-to-pupil ratios were very low in the rural areas.
He said that SUBEB also deployed BSc holders and other graduates with specific qualification to secondary schools as subject teacher assistants.
He explained that the programme was never designed to take over the place of any profession, adding that some educators had misunderstood the scheme thinking that non-professionals were being used as teachers.
“What we deployed were teaching assistants, their call roll is to support the main teachers.
“We have NCE, OND and BSC; we have quite a lot of NCE holders that have proper qualification for the primary school,’’ he said.
Imoukhuede said that the N-Teach “is one area that is quite impactful, though, we hear more of the agro, because they easily become farmers.
“But N-Teach is impacting into lives and it will take some time before we see the fruit of that.’’
The Federal Government of Nigeria designed N-power to reduce youth unemployment.
The focus is to provide young graduates and non-graduates with the skills, tools and livelihood to enable them to advance from unemployment to employment, entrepreneurship and innovation
NAN