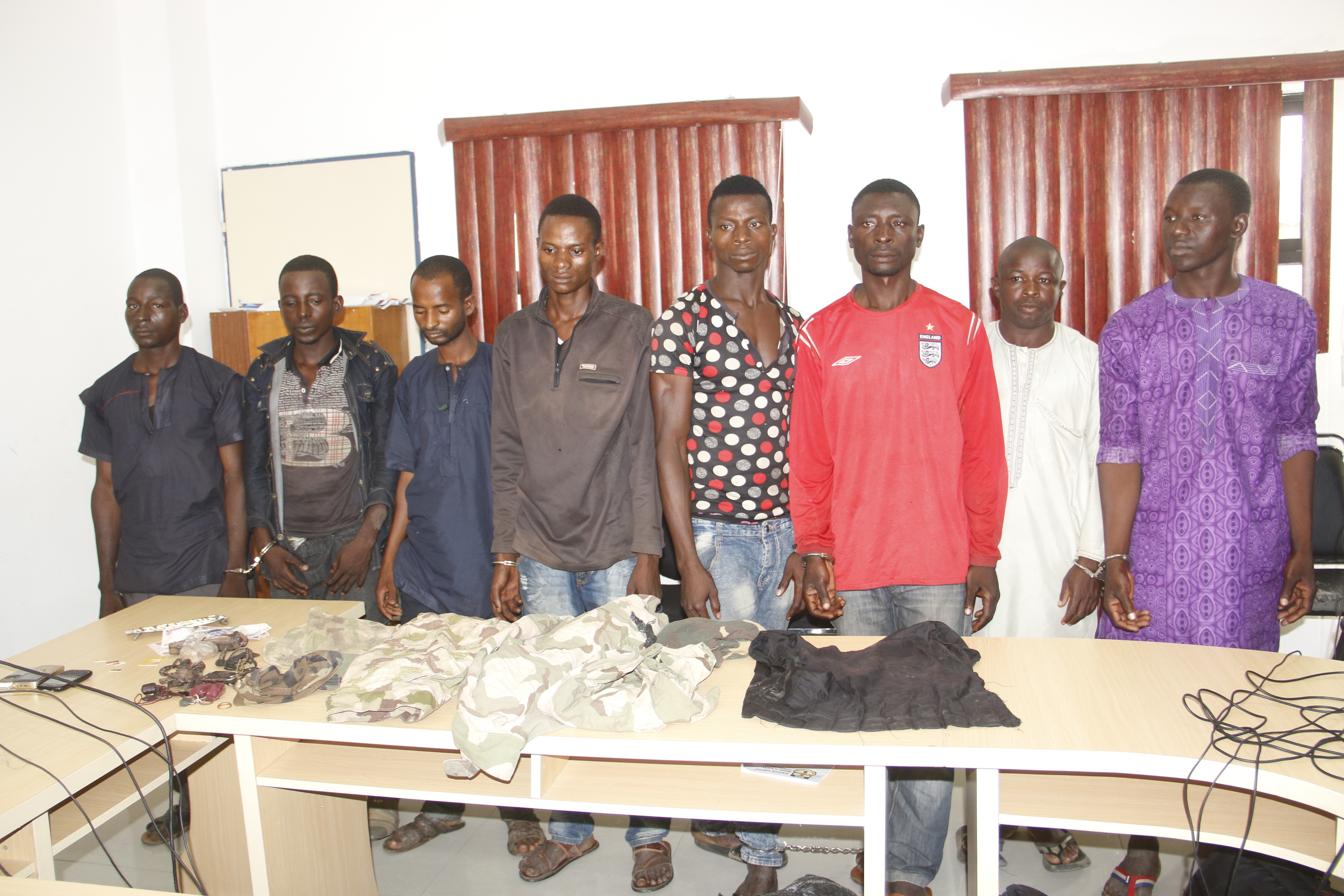 The Nigeria Police has arrested and paraded members of the vicious and notorious kidnap for ransom gang terrorising the Kaduna/Abuja Highway.

Sequel to this massive deployment, the joint Teams of SARS, STS and IRT swung into action and arrested the above suspects who are responsible for the kidnap for ransom of a driver to the Chairman Senate Committee on Police Affairs, Five students of Ahmadu Bello University (ABU) Zaria and Nuhu Bamali Polytechnic Zaria among others. The suspects include:

Adamu Mamman ‘M’ 35years aka Master native of Amana village Kaduna state, he is the gang leader was arrested on 16/06/2017 at Maraban Jos

Ali Rabo ‘M’ aka Blacky native of Liman Ibada village Kaduna State, he is the second in commad (2i/c) of the gang, was arrested on 17/06/2017 at Gadan Gaya

Umar Atijo ‘M’ 27years native of Rijana village Kaduna State, he is the main informant to the gang that kidnap for ransom along Kaduna/Abuja expressway and was arrested on 16/06/2017 at Mararaba Jos, Kaduna State.

Shehu Idris Shagari ‘M’ 27years, native of Gadam Gayam village Kaduna State. He is third in command of the gang (3i/c) was arrested on 16/06/2017 at Rijana 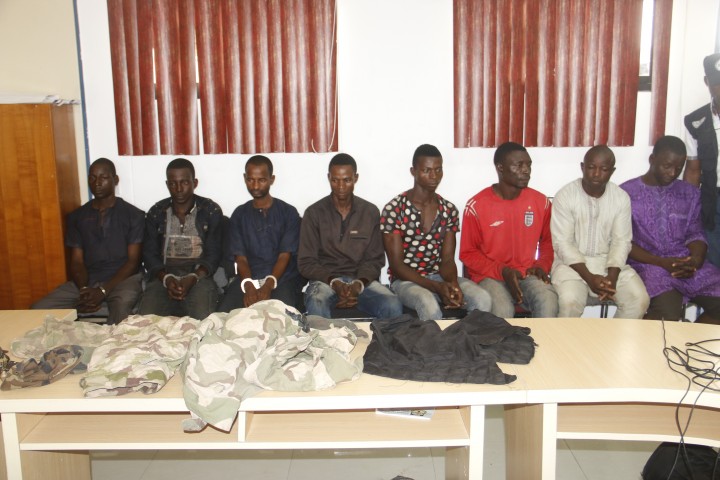 Babangida Abdullahi ‘M’ 31years native of Rijana village (receiver of the stolen cattle, phones and laptops) was arrested on 15/06/2017 at Anguwan Pama

Some of the victims have identified the suspects to be among the gang responsible for their kidnappings. Sum of seventeen thousand naira cash identified by one of the victims to be part of the ransom money paid to the suspect, three (3) GSM sets, four (4) Sim Cards and Two (2) pairs of Army Uniform were recovered from them.

Meanwhile, all the suspects have made confessional statements and equally stated their individual roles they played in some of the reported kidnap for ransom cases along Kaduna/Abuja Highway recently.

They will be charged to court on completion of investigation and the operation will be sustained to ensure a hitch free movement of travellers and other road users on Kaduna Highway.

The Police urged members of Public to continue to give useful and timely information to Police personnel deployed in their localities.