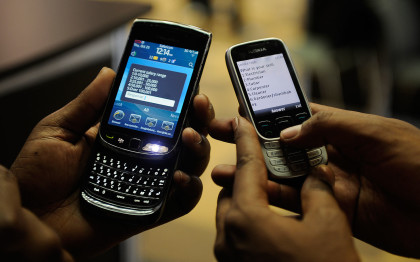 An FCT Grade 1 Area Court in Karmo on Monday ordered that a sales representative, Thomas Unaade, should be given six strokes of cane for stealing a Blackberry phone.

The judge, Abubakar Sadiq, gave the order after Unaade pleaded guilty to a count charge.

Sadiq said that the punishment would have been severe if Unaade did not plead guilty and saved the court’s time, since he committed the offence.

The prosecutor, Mr Dalhatu Zannah, had told the court that Unaade stole the phone worth N38, 000 from Mrs Esther Nnamani of Idu Edo in Abuja.

Zannah said that Unaade stole the phone when it was being charged by the owner at 1.00p.m. on June 3 at Idu.

He said that Nnamani plugged the phone for charging in a Bet Naija shop near her residence.

He submitted that Unaade was caught in the theft, and that the phone was recovered.

The prosecutor said that the offence contravened the provisions of Sections 288 of the Penal Code. (NAN)