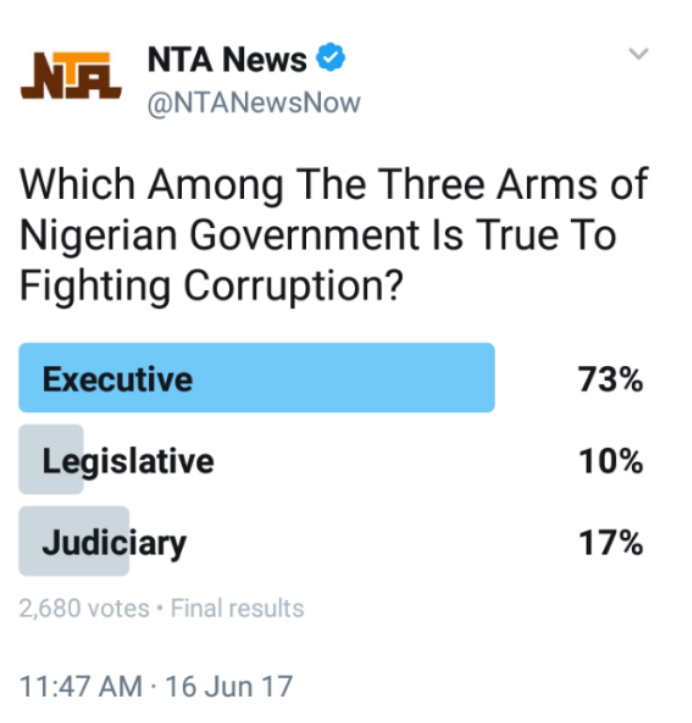 Poll run for 3 days shows the judiciary seems to be fighting corruption in Nigeria more than the Legislature (National Assembly).

Nigerian Television Authority ran the poll with the question “Which Among The Three Arms of Government is True To Fighting Corruption?” With options:
a) Executive
b) Lagislature
c) Juducuary.

Even though many respondents wish the “None of The Above” is included, the “Executive” got 73% of the 2680 votes cast on the poll.

It shows from the poll that the Executive seems to be fighting corruption more than the other two arms of the government where Lagislature pulls 10% of the total poll results and the remaining 17% went to the Juducuary who came second on the poll.