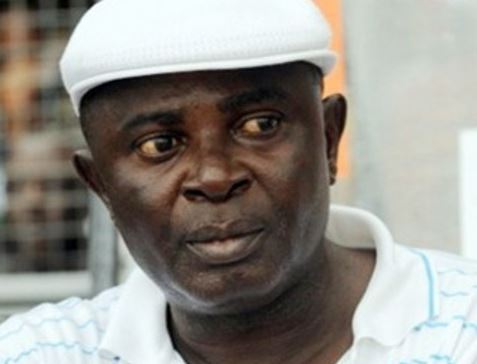 The Nigeria Football Federation on Wednesday in Abuja expressed shock at news of the death of Kelechi Emeteole, former Nigeria international player and one-time Head Coach of the Supersand Eagles.

Emeteole, who won 17 caps for the senior national team, which was then known as Green Eagles, and scored four goals, between 1975 and 1977, died at the age of 66.

Reports say he died in the early hours of Wednesday in India where he had gone for surgery on throat cancer.

“Emeteole’s death came to us as a rude shock. A year ago, we lost two legends in the persons of Stephen Keshi and Shaibu Amodu in the month of June.

“This year, also in the month of June, we have now lost another legend who served the nation creditably, energetically and meritoriously.

“Our hearts go out to his caring family that he has now left behind: his doting wife and children as well as relations.

“We pray that they will have the fortitude to bear the loss. We also pray that the soul of the departed finds eternal rest. Nigerian football will miss him dearly,” NFF General Secretary Mohammed Sanusi said in a statement.

“Caterpillar’”, renowned for his no-nonsense approach as a defender, won a bronze medal with the Green Eagles at the 10th Africa Cup of Nations finals in Ethiopia in 1976.

Also in the same vein, according to reports, the Media officer of Heartland, Solomon Onu, confirmed the sad incident.

“Kelechi Emeteole has passed on. Just spoke with his wife. I woke up to see 13 missed calls and quickly grabbed the phone” he said.

Emeteole later served as an assistant coach of the Super Eagles.

Between 2007 and 2009, Emeteole was Head Coach of the beach soccer national team, Supersand Eagles.