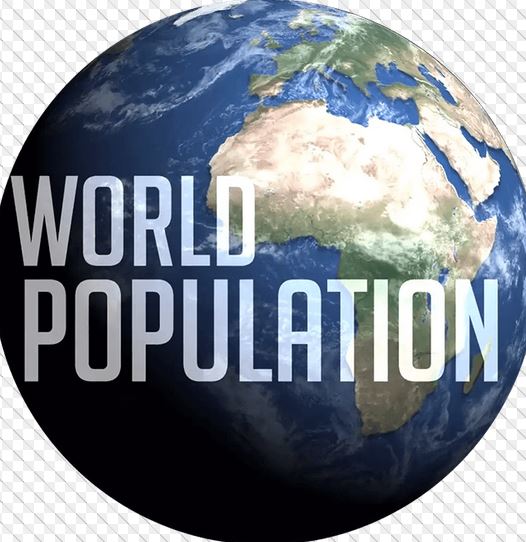 UN Projection: Nigeria To Become 3rd Most Populous Country In The World

Nigeria is projected to be the world’s third most populous country by the year 2050, according to a report released by the UN Department of Economic and Social Affairs.

The report, titled ‘World Population Prospects: The 2017 Revision’, said with such development, Nigeria would overtake the United States in terms of population just as world population would reach 9.8 billion people.

The report said “by 2050, the third most populous country will be Nigeria, which currently ranks seventh, and which is poised to replace the United States.

“Among the 10 largest countries of the world, one is in Africa (Nigeria).

“Amongst these, Nigeria’s population, currently the seventh largest in the world, is growing the most rapidly.

“Consequently, the population of Nigeria is projected to surpass that of the United States shortly before 2050, at which point it would become the third largest country in the world.

“In 2050, the populations in six of the 10 largest countries are expected to exceed 300 million: China, India, Indonesia, Nigeria, Pakistan, and United States of America (in alphabetical order).

“Africa, which has the youngest age distribution of any region, is projected to experience a rapid ageing of its population, the report noted.

“Although the African population will remain relatively young for several more decades, the percentage of its population aged 60 or over is expected to rise from five per cent in 2017 to around nine per cent in 2050, and then to nearly 20 per cent by the end of the century.”

In addition, the birth rates in African countries are likely to “at least double” by 2050, according to the report.

That trend came in spite of lower fertility rates in nearly all regions of the world, including in Africa, where rates fell from 5.1 births per woman up to 2005 to 4.7 births in the five years following.

In terms of other population trends depicted in the report, the population of India, which currently ranks as the second most populous country with 1.3 billion inhabitants, will surpass China’s 1.4 billion citizens, by 2024.

The report noted that the world population, now at least 7.6 billion, was up from 7.4 billion in 2016, adding the concentration of global population growth is in the poorest countries.

The report said in spite of an overall drop in the number of children people have around the globe, the population was spurred by the relatively high levels of fertility in developing countries.

“With roughly 83 million people being added to the world’s population every year, the upward trend in population size is expected to continue, even assuming that fertility levels will continue to decline.

The growth is expected to come, in part, from the 47 least developed countries, where the fertility rate is around 4.3 births per woman, and whose population is expected to reach 1.9 billion people in 2050 from the current estimate of one billion.