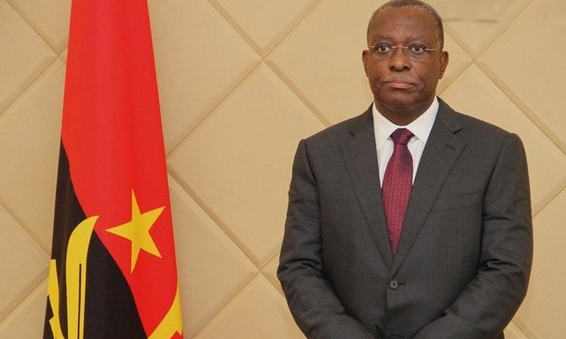 A Portuguese judge has ruled that corruption and money laundering charges brought by prosecutors against Angolan Vice President Manuel Vicente were valid and all suspects in the case must stand trial.

The former Portuguese colony, where corruption is endemic and most people live in poverty despite its vast oilwealth, has branded the charges as “a serious attack” that threatens relations between the two countries.

State-run media called the investigation “revenge by the former colonial master” and “neo-colonialism”. An official at the Lisbon Criminal Court told Reuters that the decision by Judge Ana Cristina Carvalho was valid for all the formal suspects in the case, including Vicente.

He said the dates for court hearings will be set at a later phase. Vicente, who was once seen as a possible successor to President Jose Santos, is accused of bribing a magistrate when he was chief executive of state oil company Sonangol.

Dos Santos plans to retire after 38 years in power after an Aug. 23 election. According to Forbes, no one knows how wealthy he is but his daughter Isabel, who runs Sonangol and has business interests in Portugal, is worth 3.2 billion dollars.

According to Portugal’s state news agency Lusa, Vicente’s Portuguese lawyer, Rui Patricio, contends that Vicente has not been notified of the accusations against him, so the judge’s decision has no effect on him as he does not fit the status of “arguido”, or a formal suspect.

Patricio did not respond to calls and emails from Reuters, and court officials would not comment on his statement.

“Arguido” is a status in the Portuguese legal system that means a suspect can be questioned in an investigation if he is presented with evidence held against him, while being granted a wider array of rights than, for instance, a witness.

Prosecutors said in April Vicente had refused to come to Portugal to be questioned and Angolan authorities were not cooperating. Vicente’s lawyer denied his refusal to attend.

Former Portuguese prosecutor, Orlando Figueira, who was arrested in early 2016, will go on trial on charges of receiving a bribe of 760,000 euros (850,000 dollars) to suspend an inquiry into Vicente’s dealings in Portugal before he became vice president.

Two of Vicente’s legal and financial representatives, Paulo Blanco and Armindo Pires, both Portuguese, were also charged with corruption and money laundering for allegedly paying the bribe jointly with Vicente.

According to local media, the investigation that was suspended in January 2012 focused on the origin of funds with which Vicente had bought a luxury apartment in Lisbon.