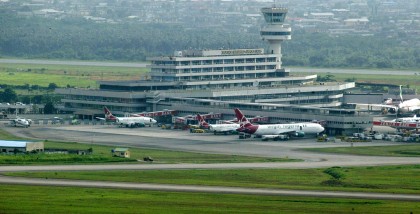 The NCAA issued the warning in a statement signed by its General Manager, Public Relations, Mr Sam Adurogboye, in Lagos on Tuesday.

Adurogboye stated that others affected by the warning include landing facilities owners, stakeholders and members of the general public.

“These permits, Aviation Height Clearance and Licences, are to be obtained before the construction of the following: Towers, Telecommunication Masts, High Rise Buildings/Structures and Landing facilities.

“These landing facilities include construction of Helipad/Helideck for civil use and Heliports,’’ he said.

He said that the Act empowers the Authority to prohibit, regulate and remove any structure which, by virtue of its height or position, is considered to endanger the safety of aircraft operations.

Adurogboye said that the Civil Aviation Act, 2006, Part IX (30) (K) also stipulates that the Authority will grant and certify licences for the construction of Helipads, Helidecks, and Heliports.

“It is therefore an exercise in illegality to operate a heliport (surface level, elevated or helideck) without the approval of the NCAA.

“On the other hand, for those who want to renew their heliport certificate, the Nigeria Civil Aviation Regulations (Nig. CARs) Part 12.10.6 highlights that Heliports operators are required to commence the process of renewal of the Heliport Certificate not less than 90 days to the date of expiration of the certificate.’’

Adurogboye said the regulatory authority was compelled to issue the warning as part of its oversight responsibilities.

He said that the responsibilities are principally safety and security of flight operations in and out of the Nigerian airspace.

Adurogboye said the NCAA would, therefore, view very seriously and run the rule over any violation of these safety measures, adding that all stakeholders should be accordingly guided. (NAN)