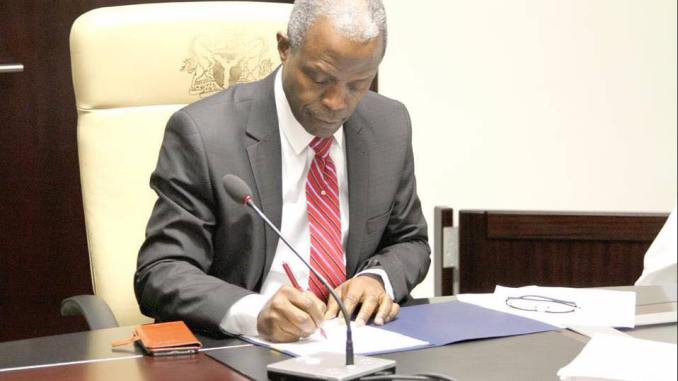 This was done during the formal launch of the Voluntary Asset and Income Declaration (VAIDS) scheme at the Presidential villa, Abuja  on Thursday.

Acting President made it clear that the programme will last one year, and will target at least 4 million new taxpayers from the 36 states and the Federal Capital Territory.

Prof. Osinbajo said “the new initiative is targeted at increasing tax awareness and compliance, as well as grant taxpayers a time-limited opportunity to regularise their tax status without penalty”

He also noted that “the scheme which will be jointly executed by the Federal and State Governments, would concentrate on the obligations of all Nigerian companies and citizens to pay their taxes, wherever their income is earned”