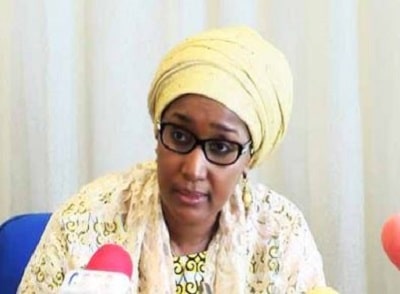 The National Commission For Refugees, Migrants and Internally Displaced Persons has restated its commitment to responding to the needs of its persons of concern wherever they may be.

This came on the heels of the return of about 887 Nigerian Refugees from Cameroon this Tuesday.

This was stated in a press release signed by the Federal Commissioner, Sadiya Umar Farouq.

In line with its mandate and as the lead and coordinating body on issues of Refugees, Migrants and Internally Displaced Persons in the country, the commission, which cares for its persons of concern is to swing into action immediately to provide protection and succour to the returnees as part of its regular interventions through provision of relief materials to address their immediate needs.

The returnees comprise 233 females, 187 males, 236 girls and 231 boys were living in host communities in Kolofata, a far region of the Cameroon before their return to Banki in Borno State.

While pursuing its durable solution interventions for other migrants and Internally Displaced persons,the Commission restated its commitment  to their safe, humane and dignified return home.

The NCFRMI Act incorporated the 1951 United Nations Convention relating to the status of Refugees, its 1967 Protocol and the 1969 Organisation of African Unity Convention governing specific aspect of Refugees problems in Africa and they together form the guide to the protection and management of asylum seekers and refugees in Nigeria.

The Commission’s mandate was expanded by the Federal Government to cover issues relating to Internally Displaced Persons (IDPs) and the coordination of Migration and Development in 2002 and 2009 respectively.

NCFRMI is mandated to lead and coordinate national action for the protection and assistance of Refugees, Asylum Seekers, Returnees, Stateless Persons, Internally Displaced Persons (IDPs) and Migrants. All these categories of persons are referred to as Persons of Concern to the Commission.