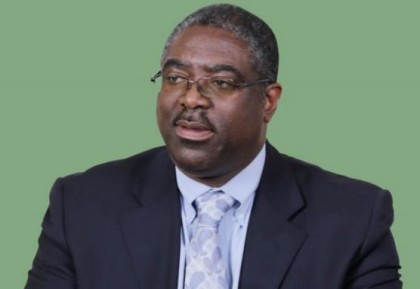 The Executive Chairman of the Federal Inland Revenue Service (FIRS), Mr Babatunde Fowler said the organisation plans to join the global forum on Automatic Exchange of Information (AEOI) to reduce tax evasion.
Fowler disclosed this on Sunday in Lagos on the sideline of the just concluded workshop on Automatic Exchange of Information for tax purposes.

The workshop was organised by FIRS, Global Forum on Transparency and Exchange of Information for tax Purposes.
Fowler said that AEOI would help the country to increase its tax revenue for national development.
The News Agency of Nigeria (NAN) reports that the AEOI provides for the exchange of non-resident financial account information with the tax authorities in the account holders’ country of residence.
Participating jurisdictions that implement AEOI send and receive pre-agreed information each year, without having to send a specific request.
It addresses tax evasion, tax havens, offshore financial centres, tax information exchange agreements, double taxation and money laundering.
The forum works under the auspices of the OECD and G20 and focuses on increasing the standard for information exchange.
He said that it was imperative for the country to join those countries using the AEOI because of the benefits attached to its usage.
Fowler said, “In Africa, it is clear that we need to help each other and the only way we can help each other is through this automatic exchange of information.
“When we look at sources of revenue, all of assets such as oil, iron, diamond, we have it all but at the end of the day, it is not sufficient to fund the respective governments.
“Some countries have different tax systems but at the end of the day, each African country needs to maximise its revenue through taxation and the avenue of doing that is through information exchange.”
The executive secretary said that connecting to the exchange would also help in monitoring the citizens who made money through illegal activities and then invest the proceeds outside the country.
“A lot of people talk about African leaders taking money out of their respective countries and investing it not only in Europe but in other African countries.’’
Fowler said that those host countries don’t ask for information in terms of the source, the tax payments of those individuals or organisations that made such investment.
According to him, such act poses danger to the stability of the economy and also the type of investment that is accepted.
He said that those who make money through illegal means evade tax and invest the proceeds on properties in developed countries and other African countries.
Fowler said, “USA has a scheme now for all Americans that have investments or have bank accounts outside America.
“They have given the countries where they have those accounts a certain time limit to provide that information to them even without any international legal agreement.
“So, if developed countries can be looking at their bottom-line in terms of tax revenue, then
I appreciate this team for their efforts and interest, because they don’t owe us any obligation.” (NAN)