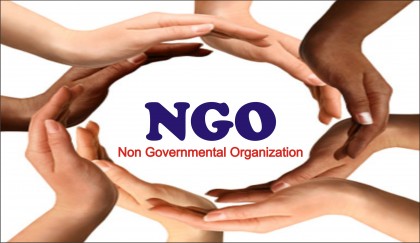 An NGO, Society for the Empowerment of Young Persons (SEYP), on Monday called for more public awareness against human trafficking and stigmatisation.
The Executive Director of SEYP, Mrs Jennifer Ero, made the call during a sensitisation workshop on human trafficking held at Auchi, headquarters of the Etsako-West Local Government Area of Edo.
Ero said that the rural area had been identified as a source and destination for the recruitment of young females for sexual exploitation, and young people for labour exploitation.
She said that the programme was to enlighten the community on the negative effects of journeys taken by Edo people in search for greener pasture overseas.

“The workshop is aimed at enlightening the public on the scourge of human trafficking, the dangers it poses to the nation’s existence and to share ideas on how best to end the problem.
“We must create an enabling environment for our girls and our young ones not to look back again and engage in trafficking,’’ she said.

Ero emphasised the need for Nigerians to speak up against the problem and to expose the syndicates responsible for the menace.
She expressed dismay over the situation faced by victims enslaved by human traffickers after such journeys.
“SEYP is aimed at creating awareness and sensitisation to save the young ones from the grip and stronghold of organised criminal devices used by human traffickers.

“Our mandate is to free victims trapped in ignorance, underdevelopment and abuse and help to reduce the stigmatisation of such victims,’’ she said.
Ero, however, called for the collaboration of stakeholders to fight the menace.
The News Agency of Nigeria (NAN) reports that a 14-man taskforce was inaugurated to police the activities of human traffickers in Auchi and its environs, with a view to rid the area of human trafficking. (NAN)