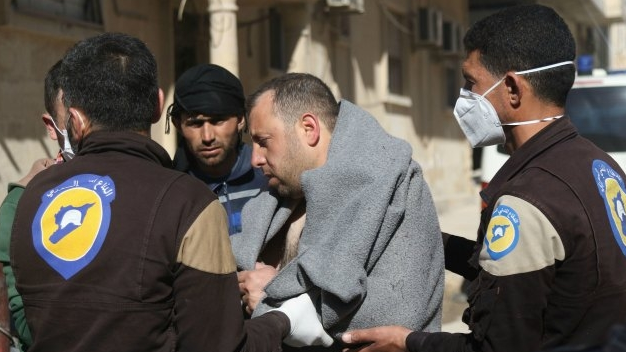 U.S. Says It Has Evidence of Chemical Weapons Used By Syrian Regime

According to Pompeo, following the events of April 4 in Khan Sheihoun, U.S. President Donald Trump demanded that the truth about what happened be found out.

The CIA director went on to say that that the intelligence community had begun to uncover what “exactly” had happened in Syria and held contacts with U.S. partners.

“I knew that the intelligence community had solid evidence … I said to Mr President that we have high confidence that this really took place,” Pompeo said at a dinner hosted by the Intelligence National Security Alliance.

On April 4, the National Coalition for Syrian Revolutionary and Opposition Forces, supported by the U.S., blamed Damascus for the Khan Sheikhoun incident, which killed 80 people, including children, and injured 200 more.

The Syrian army strongly rejected the accusations and placed the blame on local militants and their patrons.

The Syrian authorities said that they had never used chemical weapons against civilians or terrorists, and that the nation’s entire chemical arsenal had been destroyed under the supervision of the Organisation for the Prohibition of Chemical Weapons.

Reacting to the incident, Washington, which had not presented any proof of chemical weapon use by Damascus, launched 59 cruise missiles at the Syrian governmental military airfield in Ash Sha’irat on April 7.

On April 21, Syrian President Bashar Assad told Sputnik that there was no chemical weapon attack in Idlib, adding that the reports of it were a false flag and fabrication which was supposed to justify a U.S. missile strike on the Syrian airbase.