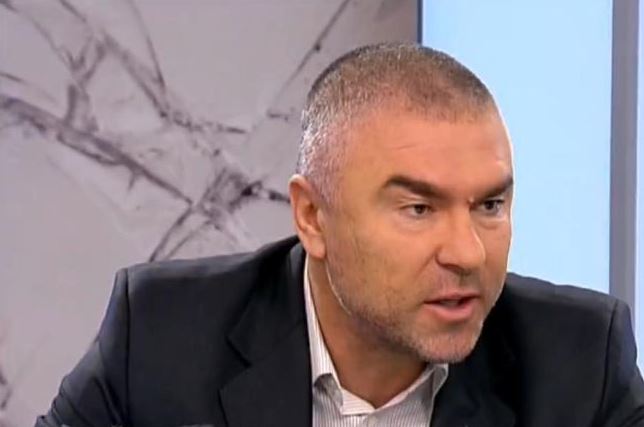 Bulgaria’s deputy speaker of parliament was charged with extortion on Thursday, with prosecutors saying he threatened seven pharmacy owners with damage to their outlets if they did not transfer part of their business to him or halt operations.

Prosecutors said Veselin Mareshki, who owns a chain of pharmacies and petrol stations, carried out the threats between 2012 and 2015.

Mareshki, a self-described Bulgarian Donald Trump who leads the populist Will party, denied wrongdoing, adding he was the victim of political repression by the prosecutor’s office.

“How it is possible that in December last year the prosecutors closed the probe against me with a clear guidance that there was no evidence of any crime … and a few months later, without any additional investigation, they took the files out of the drawer and charged me?” Mareshki told reporters in parliament.

Mareshki, one of five deputy parliament speakers, faces up to eight years and prison if found guilty.

Mareshki, 50, gained prominence in politics last year with a pledge to “sweep away corrupt elites”. Two months ago he gave up his parliamentary immunity so prosecutors could investigate him.

The Will party won 12 seats in parliament in an early election in March.

He tied his first links in the pharmaceutical industry in the USSR. Between 1991 and 1992 he managed to enter the then extremely underdeveloped drug market in Bulgaria.

In 2015, Mareshki enters the business stations, under the pretext of building a gas station to supply its own fleet. The company, in which Mareshki developed its first gas station in Varna, is “Treydnet Varna” Ltd, registered at the end of 2010. The station is forcing major stations to cut fuel prices by nearly 0.20 lev.

In 2005, he founded National Movement for Freedom and Democracy (NDSD). In 2007 Mareshki became councilor and then deputy chairman of the Municipal Council in Varna elected on the ticket of CSV. Soon after the election but left the party.

In 2007 creates a political party Liberal Alliance. In 2012 makes a coalition with Law and Order Security (RZS) – RZS with Mareshki.

In November 2012, he nominated for constitutional judge Prof.. Dr. Valentina Popova a statement of him.

In 2016, he ran as an independent in the presidential election, finishing 4th with 11.17% of the popular vote.