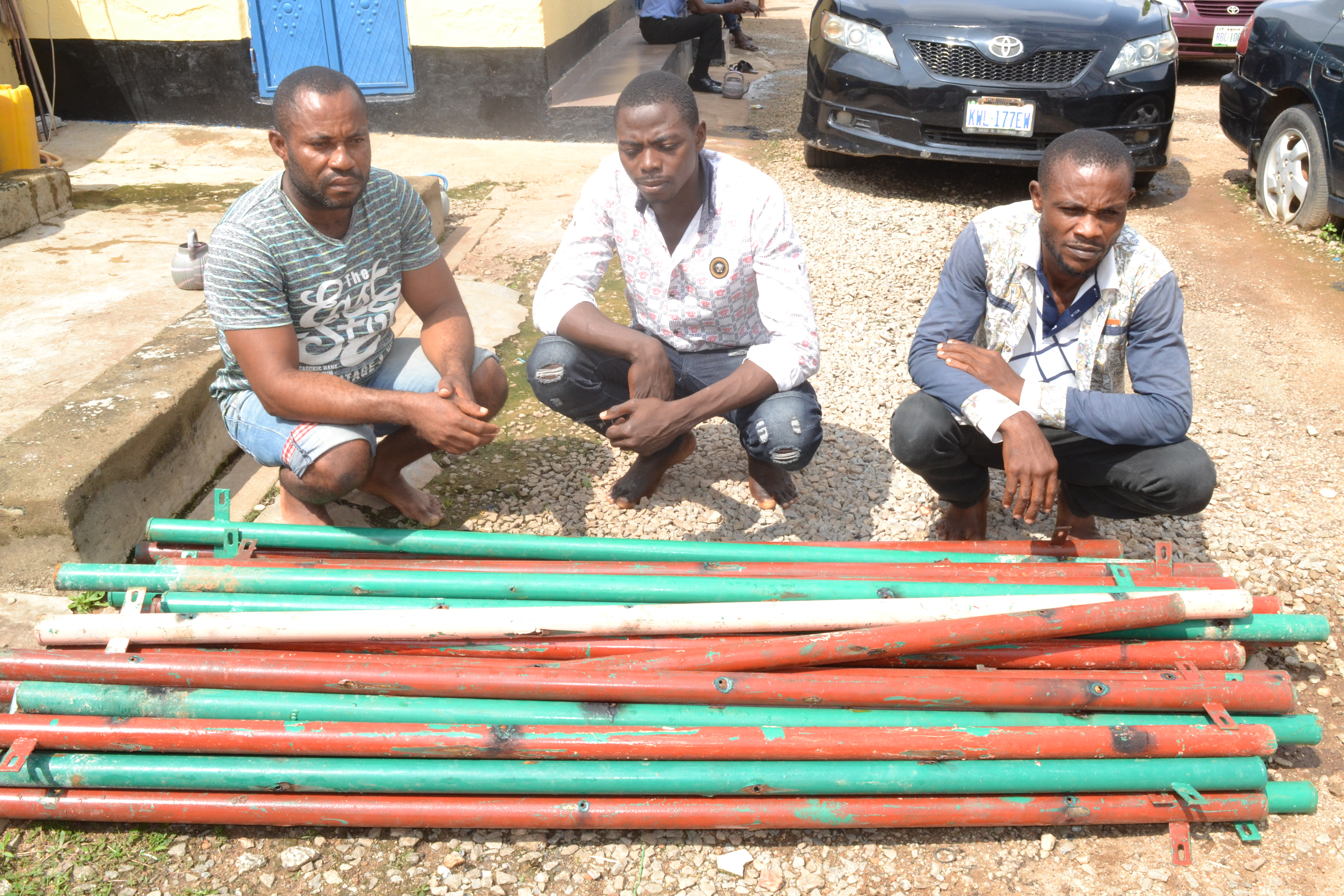 The FCT Police Commanded has smashed a notorious syndicate that specialised in vandalising property of the Nigeria Railway Corporation.

In fulfilment of the FCT Command renewed commitment to protect and strengthen security around critical infrastructure across the Federal Capital Territory, vigilant Police operatives attached to Kubwa Area Command swung into action and smashed the gang.

The suspects Uchechi Onyemaizu ‘m’ 35 years old, Daniel Ugboloke ‘m’ 31 years old and Abdullahi Usman ‘m’ 27 years old all of Kaba area of Kagini were arrested on 6/07/27 at about 10:00am by Police operatives following a tip-off that they were vandalising iron pools and chain link fencing used as barrier around railway lines in Kubwa.

Sequel to a search conducted at their respective homes, a total of eighty (80) pieces of iron pole have so far been recovered from the suspects as exhibits. Efforts have been intensified to recover the chain link fencing.

Meanwhile, the authorities of the Nigeria Railway Corporation have commended the FCT Police Command for protecting it facilities and arresting the suspects responsible for vandalising its facilities.

Similarly, on 16/7/17 at about 5:38pm Police operatives attached to Wuye Division on patrol arrested the duo of Suraju Aliyu ’m’ and Hassan Yusuf ‘m’ both of Delta Line Jabi Garage  for vandalising CCTV stand at Wuye junction. The vandalised rods have been recovered from the suspects as exhibits.

The Police said that all the suspects will be arraigned in court on conclusion of investigation.