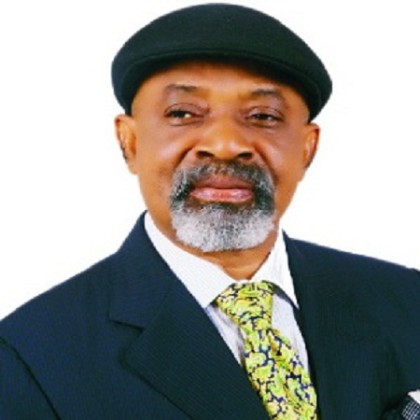 Sen Chris Ngige, Minister of Labour and Employment, has directed striking workers of the Corporate Affairs Commission (CAC) to embrace the spirit of dialogue and collective bargaining and call off their industrial action to pave the way for proper resolution of the dispute.
Ngige stated this in a statement signed by Mr Samuel Olowokoore, Deputy Director, Press in the Ministry of Labour and Employment on Tuesday in Abuja.
The Minister, who intervened in the dispute,  asked the striking workers, to return to work on Wednesday, July 26. 2017.
The workers of the commission had embarked on an indefinite strike on Tuesday, July 18, 2017 to protest the non- payment of allowances as well as poor working  conditions.
He said his intervention was in exercise of the powers conferred on him by the Trade Union Dispute Act of the Federation (LFN 2004).
“This is in order to ensure that the principles of social dialogue as a panacea to trade disputes is not only fully exhausted but exploited for the benefits of all parties – employers and employees., ”he said.
The Minister,  therefore, summoned a meeting of stakeholders which include the leadership of the Nigerian Labour Congress(NLC) to a meeting on July 26 to resolve all contending issues.
He implored all the stakeholders and parties to the dispute to attend the meeting so as to ventilate all the issues and reach a lasting solution via a Collective Bargaining Agreement (CBA).
He said this was as enunciated in the International Labour Organisation (ILO) Convention on Social Dialogue.
Ngige also appealed to leaders of the striking workers to ask their members to return to work and open the gates of the commission, which has been under lock and key for the past one week, for business to re-commence at the Commission.
He added that this was in consonance with the aspect of the law guiding apprehension of trade dispute and conciliation mechanism.(NAN)