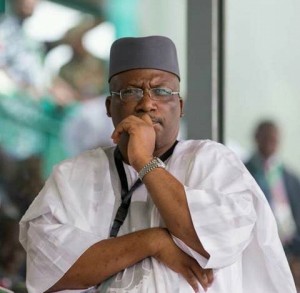 Disturbed by the incessant cases of Kidnapping, and armed robberies along the Abuja/ Kaduna expressway and its environs, the Honourable Minister of Interior Abdulrahman Bello Dambazau has assured residents of the affected communities and commuters of government’s will, capacity and determination to uproot all criminally minded persons unleashing mayhem on unsuspecting persons in the area and other parts of the Country.

This assurance was giving when he visited the joint Military/ Police operational base recently established at Rijana in Kaduna State, The Minister used the opportunity of his visit to engage the community members in an interactive session, during which he re-affirms government’s commitment to their safety and security while urging them to deepen their support and collaboration with Security forces by providing them with adequate information. The Minister also saluted the sacrifices and commitments of the troops and reassured them of their welfare, and provision of necessary logistics to enhance their operations.

The Honourable Minister later proceeded to the Kaduna State Government House where he deliberated with the State Governor on measures to tackle the security challenges, after which they both proceeded to Kajuru on fact-finding visit, following last week violence. They both commiserated with the people of Kajuru  over the unfortunate crisis, and urged them to live in peace with each other as government will employ all measures within the law to forestall its reoccurrence, and to secure justice for the affected persons.