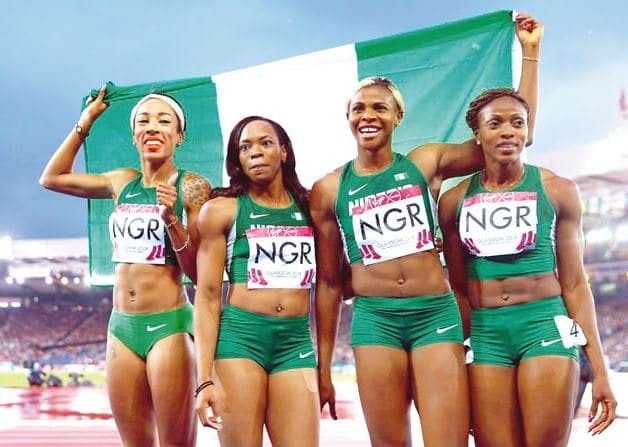 An athletics statistician, Olalekan Soetan ,says he forsees 3 medals for Nigeria at the IAAF World Championship in London.

The championships are scheduled to hold from Aug.4 to Aug. 13 in London. Soetan told the News Agency of Nigeria (NAN) in Lagos that athletes like Oluwatobiloba Amusan, a 100m hurdler, Blessing Okagbare-Ighoteguonor and Ese Brume, a long jumper were medal prospects for the country.

He also added that the 4x400m women team was likely contenders for medals.

“It’s a fair selection, though by close objective view or more precisely, by my analytical judgment, all qualified athletes should be given the opportunity to feature in London.

“Tobi is a podium prospect, Blessing is likely a finalist in 100m and medal contender in Long Jump; Brume also has a chance on the podium.

“In shot put, our prospect is best six, and our 4x400m relay are third prospects judging by individual runners performances,’’ he said.

Okagbare-Ighoteguonor, who will be making her fourth competitive appearance at the championships, will compete in the 100m and long jump.

Amusan, the second fastest Nigerian/African woman with a time of 12.57secs in the 100m Hurdles will be making her debut at the championships.

Others listed for the championships are reigning Commonwealth Games long jump queen, Brume, who will be hoping to leap at least two steps higher than her fifth place finish at the 2016 Rio Olympics in Brazil.

Soetan, however, said that all the 16 athletes who met the entry standard should have been selected.

“The list of 12 athletes selected is the best of 16 Nigerian athletes that qualified by entry standard.

“To me, all qualified athletes ought to have been selected.

“As usual, the blame will be placed on lack of sufficient funds which invariably will only be caused by the elections drama,’’ he said.