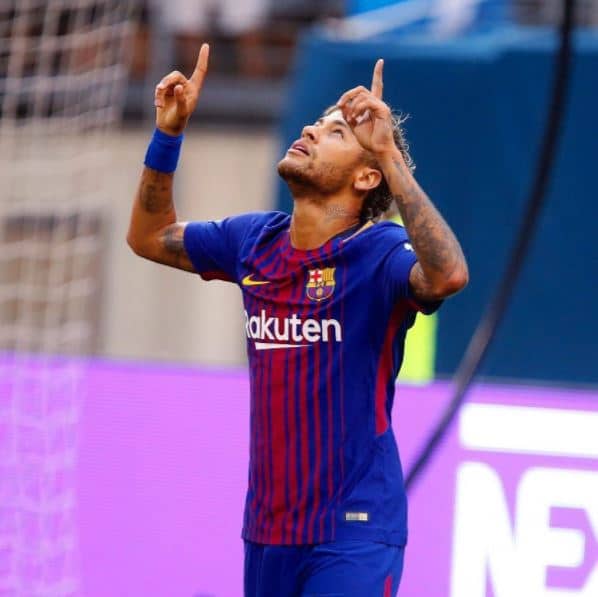 Neymar Wants To Leave, PSG Wants Him and Buyout Clause of $260m In-Between

This morning Brazilian forward and Barcelona striker Neymar had a meeting with the management of Barcelona FC, in the said meeting his agent and father were present.

They 3 made it clear to the management that Neymar wants to leave.

This striker is believed to have a buy out clause of around 222 million Euros which has too be deposited before any contract is been signed by the player and the club that want to buy the player.

The club have informed PSG that the buyout clause in Neymar contract that from July 1 is 222 million euros and must be paid in full.

Reports have it that the striker is expected to have medical anytime soon at the Paris club if everything goes smoothly.

If this agreement goes through, Neymar is on the verge to become the world costliest player. 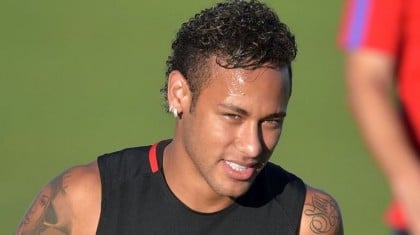 Wagner Ribeiro who happens to be the players adviser tells Sky Italy “we’ve received proposal from PSG “today” and also added PSG will pay release clause in next few hours.” 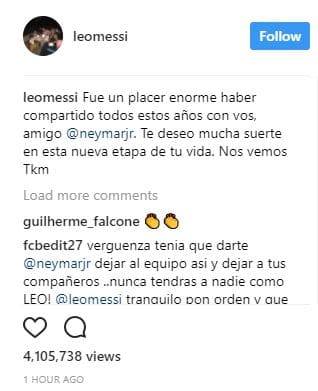 The above was picked from Barcelona forward, Messi’s Instagram page “It was an enormous pleasure to have shared these years with you friend, Neymar.”