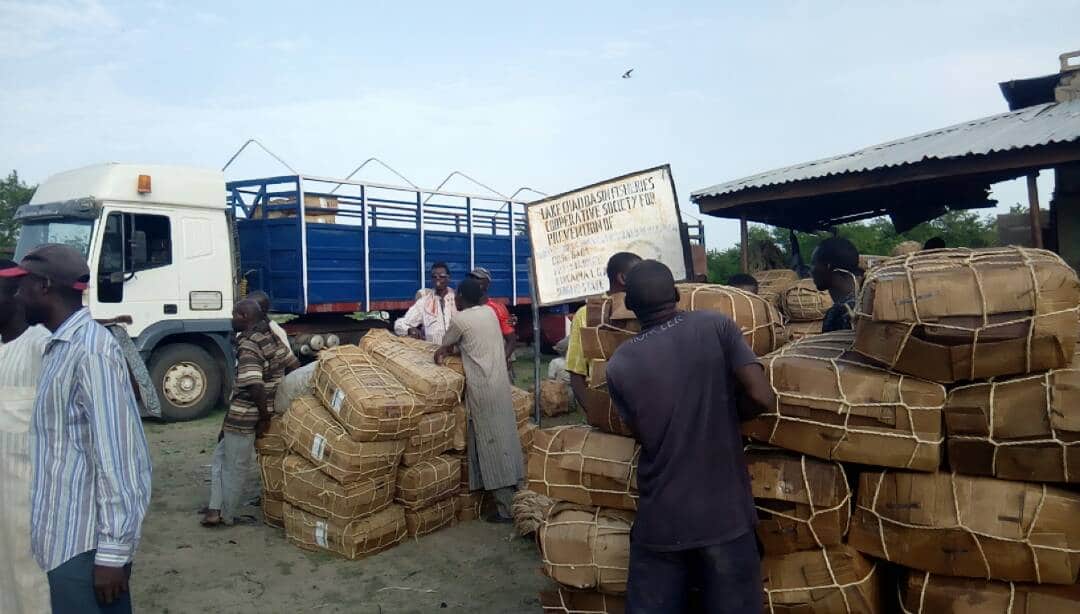 Borno State is known with fish at Baga the largest fish market in the Northeast was close for over three years due to Boko Haram insurgency.

Baga and the fish market was not left out by the terrorist group, where they sack the villagers and burnt down the market.

Baga is a district in Kukawa local government of Borno and one of the most strategic border towns.

According to a report from Yerwa Express News the media assistant to Habib Kekeno, the caretaker chairman of Kukawa local government, Yahya Said, “supply of fish from Baga to various places within and outside the state has commenced in the area on Tuesday, August 1, 2017.”

It’s one of the biggest producer of fish in the state, hugely contributing to the internally generated revenue of the state.

Fishing activities in the area has been in existence for several millennia.

The aquatic environment that supports the activity in the area known as Lake Chad is a remnant of the Mega-Chad.

Mega-Chad was believed to have started drying up some 7,000 years when a desiccation that leaves us with the Sahara desert today started.

It continuously shrank until it reached its present size.

With proper dredging, experts believe that the lake can feed a large part of West Africa through farming, fishing and livestock rearing.

It used to be an important market for international trade with traders mostly from North Africa and the Arabian peninsula until colonial activities begun in the 19th century.

It has maintained trans-border trade with other West African countries such as Chad and Cameroon until 2014.

In a massive attack three years ago, Boko Haram overran the community and the military in ‘retaliation’ burnt over 1000 houses.

It was one of the deadly attacks that drew international attention to the Boko Haram crisis, with many describing it as a crime against humanity.

The Nigerian government under Goodluck Jonathan had come under intense media attacks over the incident.

Since then, all commercial activities were suspended and the people were displaced to various places including neighboring countries.

Roads connecting it to other parts of the state were also closed by the military.

“Before the insurgency disrupted business activities in the North-East, Baga has been the major supplier of dry fish to most parts of the country and beyond with an average of seven trailers and lorries loading dried fish to different destinations daily,” Yusuf said.

The formal reopening of the fishing and other commercial activities took place in Doron Baga Fish Market.

The Caretaker Chairman, while addressing the gathering commended the tightness of security agencies in the area’.

He urged the fishermen to use the opportunity to develop the local government and called on them to be law-abiding citizens and work hand in hand with the security.

The occasion was attended by many people, including both traditional and political leaders.