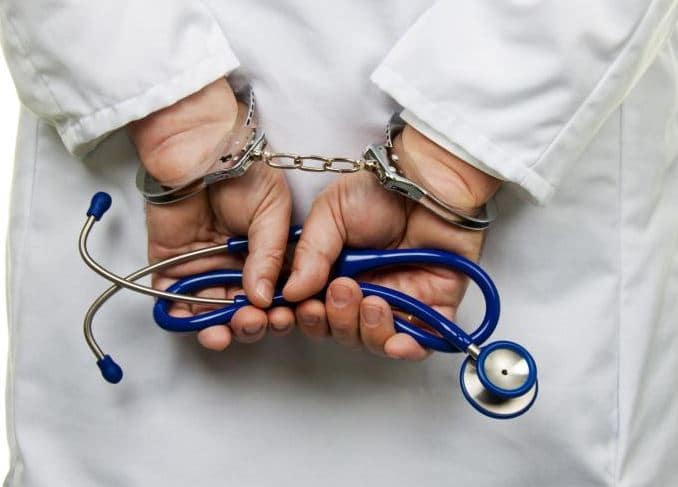 Bashir-Kano disclosed this while speaking with newsmen in Lafia, the state capital. He identified the suspect as a 30-year old Jonathan Ibrahim.

The commandant said that the suspect allegedly infected a six-year old boy with HIV through contaminated blood transfusion.

Bashir-Kano said that investigation into the case revealed that both the suspect and his wife tested positive to the virus.

He said the command had concluded investigation, adding that the state governments, through the Attorney-General have begun the prosecution of the suspect.

“As we speak, the suspect has already been remanded at the Lafia prisons following his arraignment at the Upper Area Court in Doma on Tuesday, Aug. 1,’’ Bashir-Kano said.

He said the command was working out modality to see how it could assist the boy’s family ameliorate his plight and called on spirited individuals to reach out through the command.
The News Agency of Nigeria (NAN) reports that the state command of NSCDC had on July 17, arrested a 30-year-old man for allegedly operating an illegal clinic and infecting a 6-year-old boy with HIV through transfusion of unscreened blood.

Bashir-Kano said the suspect, who operated clinic at Iwashi Village in Doma Local Government Area of the state, was arrested following complaint about his activities from members of the public.

According to him, the parents of the boy recently discovered that he had been infected with the virus.

He added that tests were carried out on the boy in Lafia following frequent illness which showed that he was HIV positive.

The commandant said the suspect had confessed to running an illegal clinic and transfused unscreened blood to the patient in question at his facility last year.

“If such persons are not made to face the wrath of the law, there would be increased cases of untimely death occasioned by fake medical treatment,” he said.

The commandant called on members of the public to be vigilant and wary of fake medical practitioners.

He added that they should report any suspicious medical personnel or outfit to security agencies for action.

The suspect who told newsmen he graduated from the School of Health Technology, Keffi as an environmental health officer, confessed that he had no license to operate the clinic.

NEWER POSTPolice in Maiduguri Arrest Mother of 10 For Aiding Armed Robbers
OLDER POST#PhotoNews: Is Not A Mining Site Rather Its The Only Source of Water To Kwarin Misau In Gombe