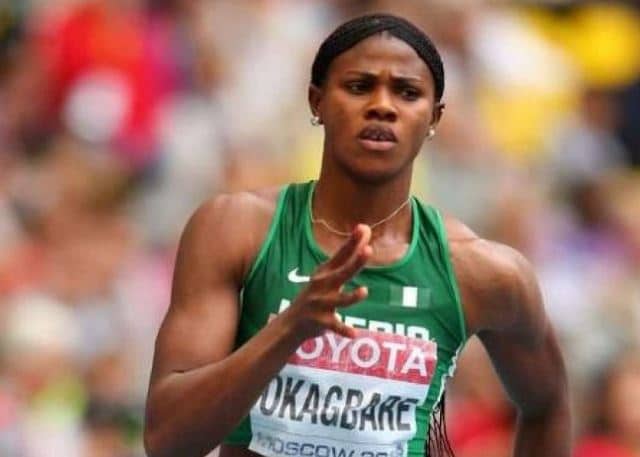 Okagbare Zooms Into 100m Second Round At IAAF World Championships

Blessing Okagbare-Ighoteguonor on Saturday finished second in her heat in 11.22 seconds to qualify for the second round of the 2017 International Association of Athletics Federations (IAAF) World Championships in London.

The News Agency of Nigeria (NAN) reports that sprinter, Okagbare-Ighoteguonor and sprint hurdler, Tobiloba Amusan lead a team of 12 athletes to compete at the IAAF World Championships from Aug. 4 to 13.

Okagbare was pitched against Tori Bowie of U. S. in Heat 3, who ran 11.05 seconds to win the heat.

Ivet Lalova-Collio of Bulgaria came third in 11.31 seconds, while Britain’s Desiree Henry settled for the fourth qualification spot in 11.32 seconds.

It was however not good news for Nigeria’s Edose Ibadin who crashed out in the first round of the men’s 800 m (Heat 1) after finishing sixth with 1:46.51seconds.