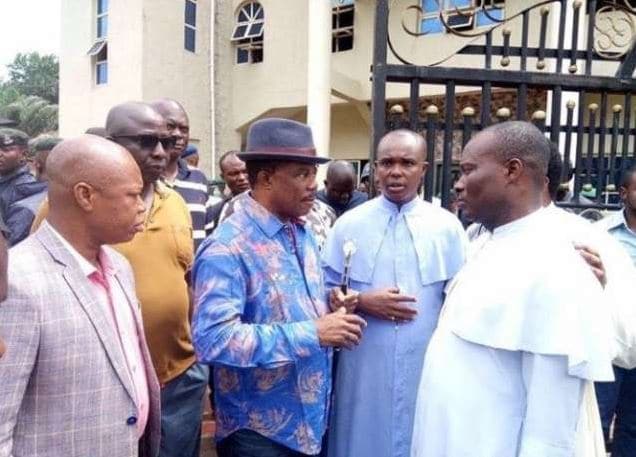 Anambra Massacre: What Police Said About The Shooting Incident At Ozubulu Catholic Church

The Police gave the briefing in a press conference by the Police state Commissioner Garba Baba Umar.

“At about 6.30hrs of today, 6th August 2017. I got a distress call that gunmen had invaded St. philip Catholic church Amakwa in Ozubulu, Ekwusigo LGA while the mass was going on and shot at worshipers.

“Police teams along with other sister security agencies under my direct supervision were deployed to the scene to rescue the worshippers.

“Victims were evacuated to the hospital, and the hospital authority has confirmed 11 persons dead, and 18 injured as a result of the shooting.” The Commissioner said.

CP Umar said, the State Governor, Willie Obiano, visited the scene together with him, and has assured the injured persons of his support in offsetting the medical bills and that the full wrath of law will be visited on the perpetrators. 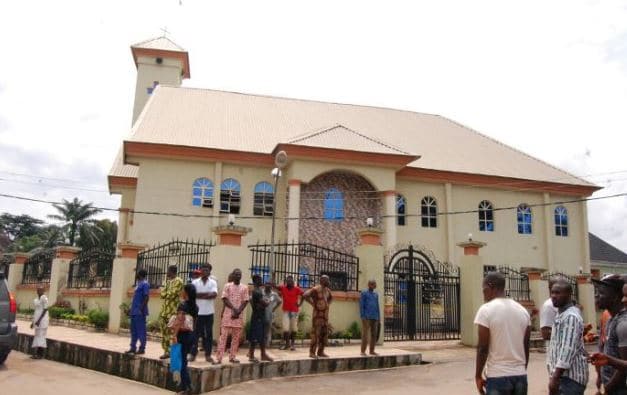 “The Command under my watch will leave no stone unturned in locating and prosecuting those behind the massacre of innocent worshippers.

“The Command assures Ndi Anambra and the general public that the Police is on top of the situation and will locate and prosecute the perpetrators soon.” He added.

According to him, intelligence report/Preliminary investigation shows that the incident is as a result of a feud between two individuals who are from the community but who live outside Nigeria, and that one of the individual, built the church where the incident occurred.

“It is definitely not a terrorist attack in the mould of boko haram or fulani herdsmen attack.” The CP said.

Umar said the Command views the dastardly act as sacrilegious but for now considers it still premature to disclose the identities of those involved in the act.

“I commiserate with all those who lost their loved ones from this unfortunate incident and pledge that the command would not rest on its oars until the perpetrators are apprehended to face justice.

“I want to also encourage Ndi Anambra to be vigilant and to report strange and suspicious movement of persons and actions in their locality to the security agencies promptly, please.” He added.