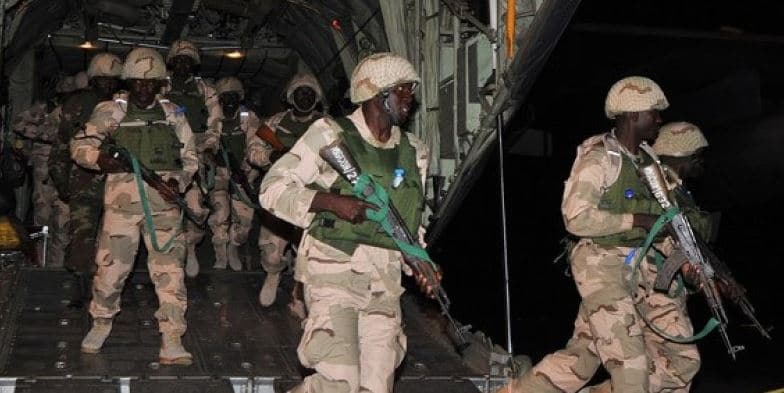 The Nigerian Army Special Forces School in Buni Yadi, Yobe, will train “strike forces” which will be deployed in liberated communities in North-East, Defence Minister, Mansur Dan-Ali, has said.

The personnel of group, according to him, will be drawn from the Nigerian Police, Nigerian Security and Civil Defence Corps (NSCDC) and other security agencies.

The minister, who announced this on Sunday when he visited the school, said that the personnel would be trained under a pilot programme and that deployment would start with Bama town in Borno.

He said that the arrangement would enable troops of Operation Lafiya Dole, to concentrate on the ongoing clearance operations to flush out the remnants of the terrorists.

He addressed troops undergoing training in the school, and assured them that the Federal Government would provide necessary equipment that would enable them to flush out the terrorists in the zone.

Dan-Ali said that the insurgents, who had been weakened, had resorted to ambushes, kidnapping and other sorts of criminality, hence the need to re-strategise the operation.

He urged the troops to remain united and synergise with other security agencies in the fight against the terrorists.

He advised them not allow the July 25 incident, when terrorists ambushed and killed some troops and NNPC and University of Maiduguri workers, to dampen their morale.

The minister said that was at the school to see things for himself, after Acting President Yemi Osinbajo, directed the Service Chiefs, to relocate to the Command and Control Centre, to charge of operation.

The minister commended the troops for the “good job” they were doing for the nation and participated in the firing exercise along with the Chief of Army Staff, Lt.-Gen. Tukur Buratai, Theatre Commander, Maj.-Gen. Ibrahim Attahiru.

He used the opportunity to inspect 49 newly acquired combat vehicles, including Armoured Personnel Carrier and gun trucks for the school.