The Nigerian  National  Petroleum Corporation (NNPC) on Monday restated its commitment to fighting corruption in the nation’s oil and gas industry. 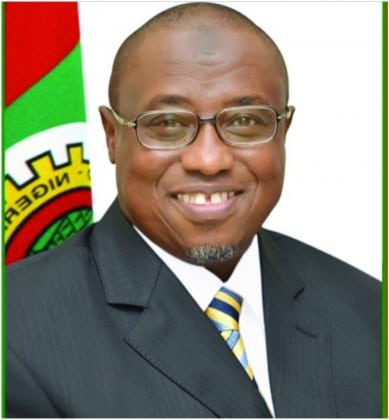 Baru said that the Corporation was the first among MDAs to constitute the committee in October 2000,  following  the establishment  of  Independent Corrupt  Practices and other Offences  Commission (ICPC).

He said that the committee had consistently carried out its mission of eradicating official corruption through  various enlightenment  campaigns.

According to Baru, the  investigation of corrupt practices  had  helped  the NNPC to take some  actions resulting in dismissals and termination of appointments.

“NNPC is obviously ahead in the anti corruption war,“ he said.

He said that the commission was also collaborating  with the Federal  Government’s anti corruption agencies like Economic and Financial Crimes Commission (EFCC,) Independent Corrupt  Practices and other Offences  Commission (ICPC ) and Code of Conduct Bureau.

Baru said it was important for Nigerians to appreciate the values of accountability and integrity in all areas of life, given the recently  launched “ change begins with me campaign“ by the Federal Government.

“It is important to change from our old ways of doing business; NNPC has a zero tolerance for corruption, and we will continue to do business with transparency so as to  retain  the current progress made.

He  commended the previous committee members for  their efforts in championing  anti corruption strategies  in the corporation.

The GMD, however, urged the new members of the committee to ensure that transparency and accountability became a way of life in the corporation.

He noted that the NNPC had also provided a whistle blowing platform, for members of staff to report any corrupt practices to the authority for investigation and necessary actions.

Baru also called on all Managing Directors of the various units in the Corporation to set up the anti-corruption committees in their various departments, adding that the selection of the new members was based on their track record of integrity.

Responding, the New Chairman of the committee,  Mr Mike  Balami, urged members of the staff to  always imbibe the virtues of  integrity in the conduct of their duties.

He said that the corporation had provided conducive environment for members of staff, adding that there was no reason people should be involved in corrupt practices.

Balami said that the committee would remain committed to promoting the virtues of transparency and accountability in the corporation.