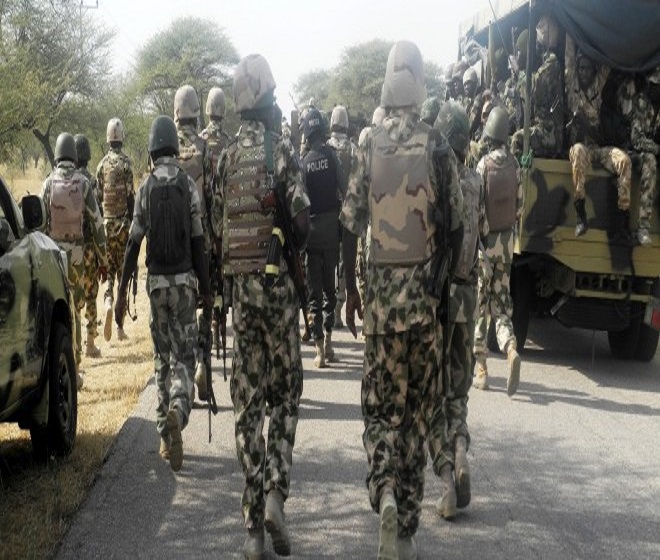 The Nigerian Army said that it killed six terrorists in Dikwa Local Government Area of Borno during an operation to dislodge the remnant of Boko Haram insurgents in the state.

Brig. Gen. Sani Usman, the Director, Army Public Relations, in a statement in Maiduguri on Wednesday, disclosed that the insurgents were killed on Monday

“During the encounter, the troops neutralised six terrorists, while several others sustained various degrees of injuries,” it revealed.

Kukasheka explained that the troops recovered six bicycles, three dane guns and one machete from the insurgents.

He reiterated the commitment of the Nigerian Army to sustain the tempo and clear unrepentant Boko Haram insurgents from the shores of Nigeria.

In the same vien, the Chief of Army Staff Lt Gen. Tukur Buratai has ordered troops of the Operation Lafia Dole to be more professional and responsible to reduce casualties during their operations.

He gave the directives while. at military formations in Wollari and Bama in Borno state. Defence correspondent Ismail Musa reports that visit is in line with the recent presidential renewed directives to the Military to swiftly eradicate the insurgents.