Less Than 5% Of Nigerians Covered By NHIS, Says Official 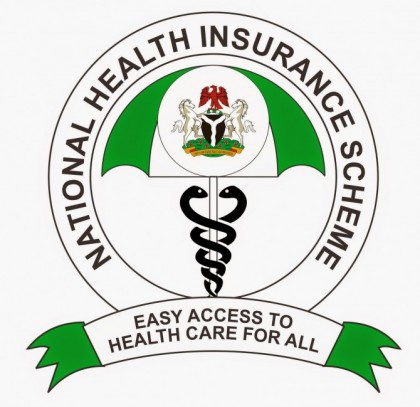 Less than 5% of Nigerians covered by NHIS, says Official

The Acting Executive Secretary  of the National Health  Insurance Scheme(NHIS), Malam Attahiru Ibrahim, on Thursday said less than five per cent of Nigerians  had  been covered by the scheme.

Ibrahim said this in Abeokuta, Ogun, at a one-day sensitisation workshop for uniformed officers and men in Ogun.

The News Agency of Nigeria (NAN) reports that the workshop has as its theme: “Enrollee Satisfaction: A Pathway To Universal Health Coverage’’.

The Acting Executive Secretary was represented by the South-West Zonal Coordinator of the scheme, Mr Adelaja Abereora, at the occasion.

Attahiru said he had been disturbed by the fact that the scheme had only captured “a small number of Nigerians” who are public servants at the federal, state and local government levels.

According to him, the scheme is being operated with only the contributions from employers listed above.

He urged the Nigerian Labour Congress (NLC) to prevail on its members to remit their   employees’ contributions to the scheme.

“Basically for now, we are covering public servants working in federal establishments and that is quite limited.

“ But what we have also done in recent time is to encourage the state governments to establish their own agencies that will cover their staff both at the state and local government levels.

“Again, when you add together all those working in federal, state and local government parastatal  agencies, that is still a small percentage of the entire population,’’ he said.

Attahiru said the NHIS had other programmes that could take care of other segments of the population.

“ For instance, the Community-based programme has the capacity to cover people from the informal sector who can organise themselves into communities.

“Community is not just by geography. You can organise people by geography in a particular community; you can also organise them along occupational lines.

“You can organise artisans, “Okada’’ riders and all of that. By the time you do that we will have put a large population into the data-base.

“And we think in this way, we can enroll quite a number of people because the ultimate goal is to attain Universal Health Coverage at the earliest time possible,” he said.

Attahiru  said that the NHIS would not condone any Health Maintenance Organisation (HMO) or Healthcare Provider which renders unsatisfactory service.

He said the HMOs  and HCPs  should report hospitals not  rendering quality services to their patients to the NHIS for sanctions.

“Some hospitals will just collect money and go to sleep, but people are dying. We will not take that from any HMO or HCP,” he warned.

The  Ogun State Coordinator of NHIS, Mr Lekan Olabode, in his address  said enrollees were  “kings and queens” who deserved satisfactory healthcare services in line with the objectives of the scheme.

“If all stakeholders could unanimously agree on providing excellent services as and when due, more than the sky will be the limit for all.

“With that and in no time, we will achieve the Universal Health Coverage”, Olabode said.

He also said that doctors and nurses must ensure good communication with patients.

Kayode said enrollees’ satisfaction would be determined based on their age, gender, and education, health status of patient, hospital system performance, and system usage / utilisation.

Oke Kehinde  from the Nigerian Security and Civil Defence Corps (NSCDC) and Akaise Vivian from the Federal Road Safety Corps (FRSC) expressed satisfaction and commended NHIS over the scheme in their reactions.