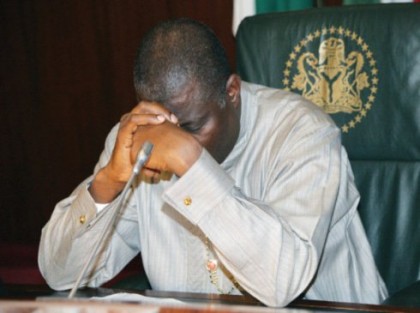 Jonathan had, at the Non-Elective National Convention of the Peoples Democratic Party held in Abuja on Saturday, said his government had a sound economic team.
On the economic front, he said his government provided focused leadership through institutional reforms which he said impacted positively on the fundamentals for growth, especially in the last four years of his time in power.
But Eneukwu, in an interview with one of our correspondents on Sunday, accused the former President of throwing the country into a mess.
He said, “Even a blind man in Nigeria knows that (Goodluck) Jonathan threw this country into a mess. Billions and billions of naira are being refunded and found in private houses. Is the money not being refunded by people who served under Jonathan?
“The man shouldn’t talk, he should bury his head in shame; his administration is almost the worst I can think of. He never checked people who worked under him; it was free-for-all corruption.”
Also commenting on Jonathan’s statement, Balarabe Musa, said past presidents, including Goodluck Jonathan, played on Nigerians’ short memories.
Describing Jonathan’s handling of the economy as worse, Balarabe said, “Of course, Nigerians have short memories. What is our attitude to all the former presidents, particularly as to how they handled our economy?
“We seem not to have realised that they did less than the present. They are now heroes in a way. They are almost now gloating and trying to decide the fate of the country.
“The ex-President is not only to blame for our failures, his own was even worse. In the present, we have seen competence in a few things, but in his own (Jonathan) case, he showed competence in nothing. He allowed corruption to fester during his own time. But we are not sure if the present administration is not doing worse. This is because the state of the economy can only be reasonably determined by the state of the people.”
Meanwhile, the ruling All Progressives Congress has asked the Peoples Democratic Party to forget its idea of returning to power in 2019.
It alleged that the damage caused the country by the PDP when it was in power for 16 years was enough testimony of its alleged ineptitude.
The PDP had said during its Non-Elective National Convention that it was ready to take over the government at the centre in 2019.
Different members of the party who spoke at the event asked members of the former ruling party to get set to return to power in 2019.
But the spokesperson for the APC, Mallam Bolaji Abdullahi, told our correspondent that the PDP was merely dreaming.
He said while there was nothing wrong in dreaming, it was wrong for the PDP leaders to think that Nigerians would trust them with power again.
He said what “Nigerians are thinking now is restructuring,” which he said, was not the focus of the PDP.
Abdullahi, who was a former minister of sports, said, “The PDP will not come back to power in 2019. For me, it is a mere expression of a wish, which will not come to pass.
“They are talking about what they wish and not what is on ground. The biggest issue now that Nigerians want is restructuring of the country. The PDP does not think that way.
“Does the PDP, which was in power for 16 years, have anything like that in its manifesto, the answer is no. So, the party should forget it.”
When reminded that something close to it was in the report of the 2014 Constitutional Conference which the present APC government had refused to implement, Abdullahi said the last administration was also not ready for the implementation.
“What did that government do with the report which was submitted to it about a year before the election? Nothing. So, how can they be talking about restructuring,” he asked.