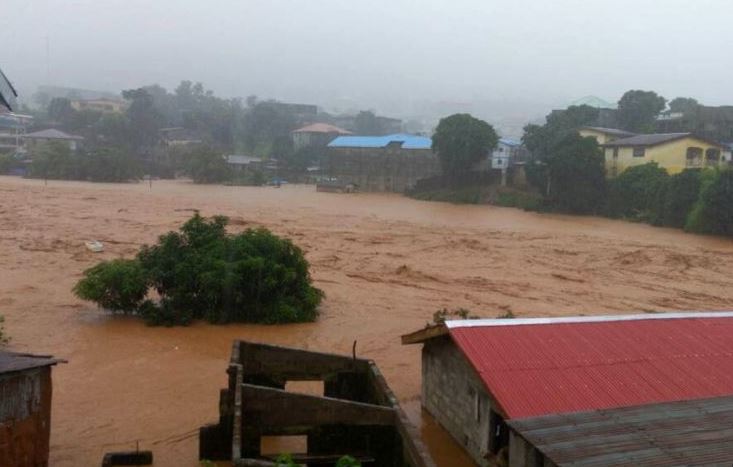 President Muhammadu Buhari sympathises with President Ernest Bai Koroma of Sierra Leone over the huge loss of lives and massive devastation caused by mudslide in the West African country.

In a Tuesday telephone call from London, President Buhari told President Koroma that the hearts of Nigerians are with the people of Sierra Leone at this tragic and painful period in the history of the country.

President Buhari prays that Almighty God will comfort those who are mourning loved ones and suffered other losses. President Koroma thanked President Buhari for his show of concern and wished him good health.

While the exact number is not yet certain, disaster-related deaths are estimated at approximately 300 with hundreds of others missing and feared dead. More than 3,000 people were left homeless and hundreds of buildings damaged or destroyed by the mudslides.

According to the National Weather Service’s Climate Prediction Center, Sierra Leone had been in the midst of a particularly wet rainy season, with the capital city of Freetown, in the Western Area of the country, experiencing 41 inches of rainfall leading up to the mudslides since July 1, 2017, nearly tripling the area’s seasonal average.

Early in the morning on August 14, 2017, after three days of torrential rainfall, devastating floods and mudslides occurred in and around Sierra Leone’s capital city, Freetown, located in the Western Area of the country.