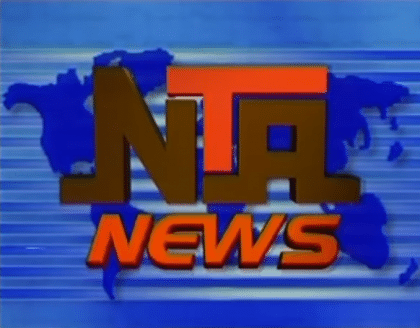 The timely intervention of security agencies restored law and order this afternoon at wuse market after a group of agitator tried to force its way into the market. mohammed ali reports that normalcy has been restored and the market is expected to be opened to business thursday.

Leaders On Violence Against Women

violence against women is a complex social problem with far reaching health consequences. there is therefore an advocacy on the need to charge the fight from whispering to shouting to scare away prospective abusers. this was at the national training for leader on voices against violence.

Following the academic staff union directive to all public universities to embark on indefinite strike, the three day window period opened to local chapters of the union to domesticate the directive is being considered by some institutions. Timothy yusuf was at the university of abuja for situation report.

Innovation And Sensitization On Science and Technology By The Minister.

Executive offices of agencies under the ministry of science  and technology have been charged to be effective channels through which the philosophy and strategies of the ministry can be disseminated and implemented.

This was at a forum chaired by the minister of science and technology, dr ogbonnaya onu to acquaint the ceos of plans to deepen science technology and innovation in the nation’s development process.

Japan international cooperation agency (jica) has offered scholarship in masters degree to seven nigerians in different fields of economic, agriculture health and structural development of nigeria. at the induction training for the nigerians, the japanese ambassador to nigeria sadanobu kusaoke said japanese universities will continue to impact positively on the development of the country.

It has been 70 years since india got independence from britain, and the asian power commemorates the landmark event by celebrating its achievement thus far.

patricia esami lubba was part of the celebration at the indian embassy in nigeria and now reports.

The senior special assistant to the president on media and publicity Garba Shehu says the peoples democratic party led administration left behind a battered economy emerged in corruption and waste.

Mallam Garba Shehu said this in reaction to president jonathan’s comment on the economy during saturday’s pdp national non-elective convention in Abuja.

The minister while speaking to state house correspondent Jide Onifade says the applications had accumulated for a while and the ministry has just received the delegation of authority to issue consent for land transactions.

The federal government has urged the academic staff union of universities ,Asuu to suspend its on-going strike in the interest of the Nation.

minster of labour and employment,Sen Chris Ngige made the appeal through a statement signed by deputy director press in the ministry samuel olowookere. The statement notes that asuu and the federal government are already having  negotiations following the babalakin committee which is reviewing the 2009 agreement.

The Fct minister Muhammad Musa Bello has described the journalism profession as an indispensable pillar in national building. affirming that members of the fct press corp in particular, are vibrant and credible sources of information. the minister stated this while inaugurating the newly elected executive bombers of the corps in abuja.

The nigerian television authoruty has been commended for its citizen-centred service delivery. National coordinator, service compact “servicom” gave the commendation when she paid a working visit on the director general of the nta, yakubu ibn mohammed at its corporate headquarters in abuja.

following complaints from within and outside nigeria, the nigerian army has directed aggrieved members of the public to report any case of human right abuse by any army personnel to the authorities for immediate action. director civil military affairs, brigadier general, solomon kumapayi stated this in kaduna during a training for army personnel on human rights.

The new attention by federal government in the power sector is helping it to recover with electricity generation hitting all time record of more than six thousand megawatts. correspondent  Usman Aliyu reports that at a stakeholder’s meeting in kano , government  says it is looking on possibilities to help distribution companies to claim more of the generated power to deliver to the people.