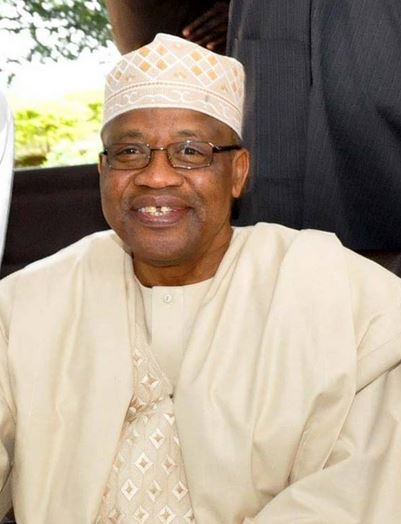 Speaker Dogara Felicitates With IBB At 76

Speaker of the House of Representatives, Yakubu Dogara, has felicitated with former military President, Ibrahim Badamasi Babangida on the occasion of his 76th birthday anniversary.

In a statement issued by his Special Adviser on Media and Public Affairs, Mr. Turaki Hassan, Speaker Dogara said the former Nigerian leader has over the years displayed qualities of a true leader and elderstatesman.

“Over the years, you have displayed qualities of a true leader, most of all in the personal sacrifices you have made for the betterment of Nigeria’s political environment and for the overall Unity, development and wellbeing of the country.”

“As an elder statesman, you have made yourself accessible to us, the younger generation of leaders, in times when we needed advice from more experienced elders for purposes of taking important decisions”.

He prayed almighty God to bless, protect, preserve and grant the former leader many more fruitful years of selfless and meritorious service to fatherland.

Babangida started his military on 10th of December 1962, when he attended the Nigerian Military Training College (NMTC) in Kaduna. Babangida received his commission as a 2nd Lieutenant as a regular combatant officer in the Royal Nigerian Army (a month before it became the Nigerian Army) with the personal army number N/438 from the Indian Military Academy on 26 September 1963