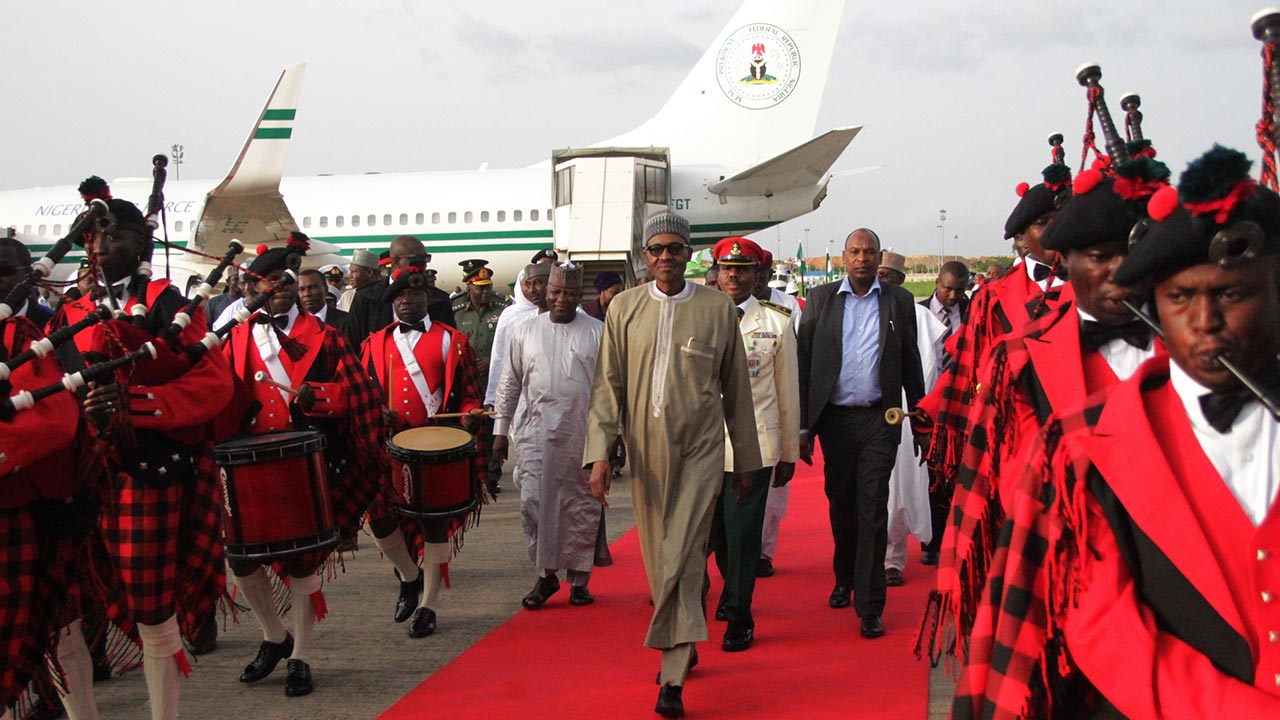 President Muhammadu Buhari on Saturday returned to Abuja after a successful medical vacation in London.

President Buhari, who had been on medical treatment in the United Kingdom for the past 100 days, was received by Vice-President Yemi Osinbajo, some state governors and ministers at Nnamdi Azikiwe International Airport Abuja.

Among those at the airport to welcome the president included members of the National Assembly, service chiefs, Inspector-General of Police Ibrahim Idris, Chief of Staff to the President, Abba Kyari as well as other presidential aides.

Others at the airports are the National Security Adviser to the President (NSA) retired Maj.-Gen. Babagana Monguno; the Director-General, Department of State Security (DSS), Alhaji Lawal Daura and other dignitaries from and within Abuja.

The President took a national salute from the Presidential Guards Brigade while cultural groups were also singing and dancing to welcome him back home.

He is expected to speak to Nigerians in a broadcast on Monday at 7 a.m.

President Buhari left Nigeria on May 7, for the second round of his medical treatment in London after receiving 82 rescued Chibok school girls who were abducted by the Boko Haram sect in 2014. (NAN)