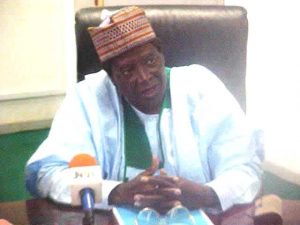 Former Federal Minister, Akwanga Speaks After Release From The Hands of Kidnappers

Joshua Kigbu, Akwanga: The former minister of labour and productivity Hussaini Zanwa Akwanga has been release by his kidnappers on thursday evening.

Mr Akwanga and his houseman were kidnapped at his farm along Akwanga, Wamba road in Nasarawa state by unknown gunmen.

The kidnapping of the former minister and his houseman Ali Akwanga was a sad incident to his entire family and the community.

Speaking shortly after his release, Mr Hussaini Zanwa Akwanga said the abductors kidnapped him while he was in his farm to unknown destination.

The former minister while appreciating the Nasarawa state government, Traditional rulers and other Nigerians for their prayers and contribution to his safe return, said the kidnappers didn’t maltreated him.

A family source who don’t want to be name said the abductors were paid unspecified amount as ransom before their release.

The former ministers’ kidnap brings it to two in the month of August alone, early this month a businessman, Alhaji Yaro Sule was kidnapped at his filling station along Nasarawa road in Keffi.

Report from family source said, he paid N30m to gain his freedom from the hands of kidnappers after 4 days of his abduction.