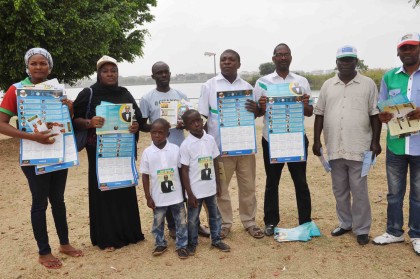 The Buhari Media Support Group (BMSG) has urged Southern Leaders Forum (SLF) to adopt constitutional means in pursuing their demand for restructuring, instead of insisting on the use of other means that have the potential to destabilise the polity.

In a statement signed today in Abuja by the BMSG Chairman and Secretary, Austin Braimoh and Cassidy Madueke, the group expressed reservations at the pronouncements of the SLF, which creates the impression that restructuring is a unilateral decision of President Muhammadu Buhari.

“As elders and leaders of thought who confirmed that they spent most of their lives fighting for the unity of the country and promoting a new dialogue for a better, just, inclusive and peaceful country, they should not wear the toga of agitation or utter statements capable of generating ill-feelings and social disorder,” the statement said.

BMSG advised members of the SLF group, many who held policy making positions in previous governments, to desist from describing Nigeria as a country that had not attained nationhood.

“If they had done what they were supposed to do when they were in government, Nigeria would not have found itself in the mess that President Buhari is working assiduously to clean up today,” the BMSG said.

The group also reminded the SLF that it is not the responsibility of the Presidency to initiate the process of any discourse on constitutional changes within the democratic framework, as the forum has insinuated.

BMSG maintained that the National Assembly is the institution with the constitutional powers to address the grievances of Nigerians on such issues and, therefore members of the SLF should channel their demands through the law making arm.

The group noted that the National Assembly had commenced the process of constitution amendment and that its leadership had maintained that the issue of restructuring had not been foreclosed.

Based on the foregoing, BMSG advised the SLF to concentrate its efforts on getting their elected representatives to table and pursue their demands according to constitutional procedures.