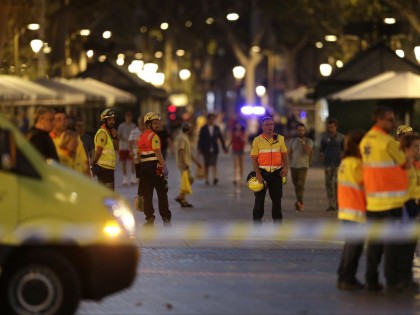 Moroccan authorities have arrested a man suspected of supplying gas canisters to a jihadist cell that carried out a double attack in Catalonia on Aug. 16 that killed 16 people, a source from the Spanish investigation said.

According to the source, the cell accumulated around 120 canisters of butane gas at a house in a town south of Barcelona with which, police say, it planned to carry out a larger bomb attack.

Police believe the cell accidentally ignited the explosives on Aug. 16, the eve of the Barcelona attack, triggering a blast that destroyed the house in the town of Alcanar.

The remaining attackers then decided to use hired vans to mow down crowds along Barcelona’s most famous avenue and later mount an assault in the resort town of Cambrils.

Moroccan police arrested the man in the city of Casablanca, the source said, without giving further details.

Spain’s interior minister, Juan Zoido, said that Moroccan authorities had arrested two people linked to the attacks but declined to give details about them.

Spanish news agency EFE said the second man was arrested in the city of Oujda and was a relative of one of the members of the Barcelona cell.

The source did not confirm that.

Zoido, speaking after a meeting with the Moroccan interior minister in Morocco’s capital Rabat, said Spanish and Moroccan authorities were working closely together in the investigation.

Most of the suspected attackers were Moroccan and an imam suspected of radicalising the cell travelled there shortly before the attack took place.

Six of the attackers were shot dead by police and two died in the explosion at the house in Alcanar.

Four other people were arrested over the assaults, two of whom have now been released under certain conditions.(Reuters/NAN)