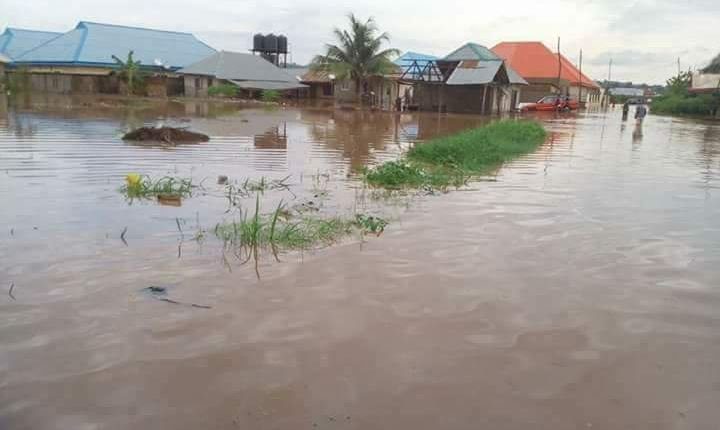 The National Emergency Management Agency (NEMA) has deployed a team to provide humanitarian services to residents in Benue that were affected by recent flooding in the state.

NEMA Director-General Mustapha Maihaja, made this known in a statement signed by Mr Sani Datti, Head of Media and Public Relations, in Abuja on Friday.

Maihaja said that the immediate redeployment of the humanitarian team followed the directives of President Muhammadu Buhari to provide immediate assistance to flood victims in the state.

He said that the humanitarian team had been reinforced with another contingent headed by Air Commodore Paul Ohemu, Director, Search and Rescue.

He said that this was in addition to the officers of the North-Central Zonal Office of NEMA in Jos.

NEMA boss said they were to deliver immediate humanitarian assistance to the affected persons in the various locations and to assess the situation for further support.

He said that seven 30-tonne trucks had been despatched to the state and were due to arrive Makurdi on Friday.

Maihaja sympathised with the affected people and assured that NEMA would work closely with the state government in providing them with the necessary assistance.

President Buhari had earlier on Thursday directed NEMA to deploy personnel and resources to provide succour to victims of flooding in Benue.

The flood allegedly displaced over 100,000 people in 12 local government areas of the state.

NEWER POSTEid Mubarak President Buhari In Daura: I Am Pleased To See NYSC Driving The Purpose of National Unity
OLDER POSTCleric to Muslim faithfuls: Inculcate the habit of decent dressing in your children