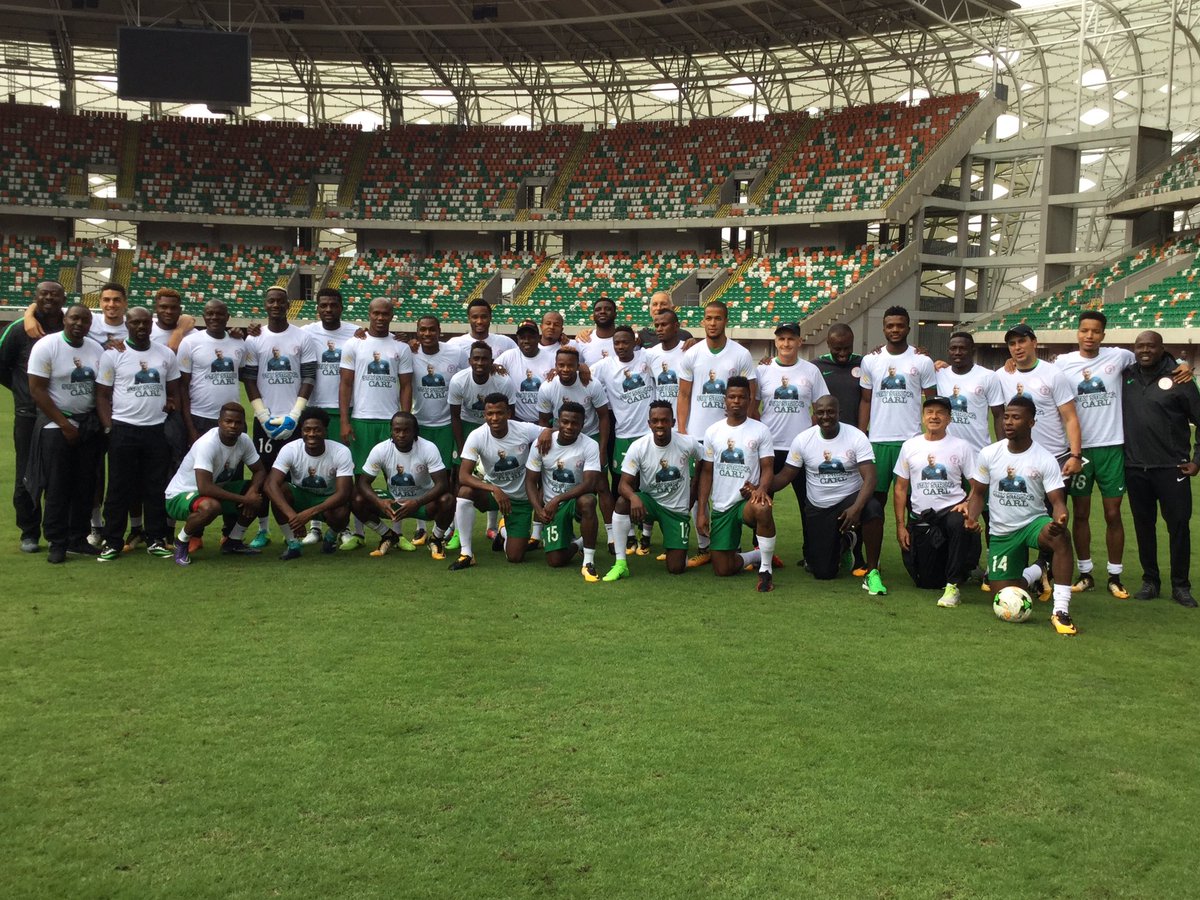 Segun Odegbami, an Ex-International, has advised the Super Eagles Coach, Gernot Rohr, not to change the team that beat Cameroon in the Russia 2018 FIFA World Cup qualifier on Friday.

Odegbami gave the advice while reacting to the Super Eagles’ 4-0 spanking of the Indomitable Lions of Cameroon in an interview with the News Agency of Nigeria (NAN) in Ota, Ogun after the match.

Odegbami dubbed “Mathematical’’ by fans in his playing days because of his heroics as a winger, commended the Super Eagles for their victory.

He, however, urged the coach not to lose focus and not to change the winning team in the second leg against Cameroon on Monday

“’Whatever he did to win against Indomitable Lions, he got it right. He should not change anything,’’ he said.

Nigeria now top Group B with 9 points and will face Cameroon again on Monday at the Stade Omnispirts Ahmadu Ahidjo in Yaoundé at 6 p.m.