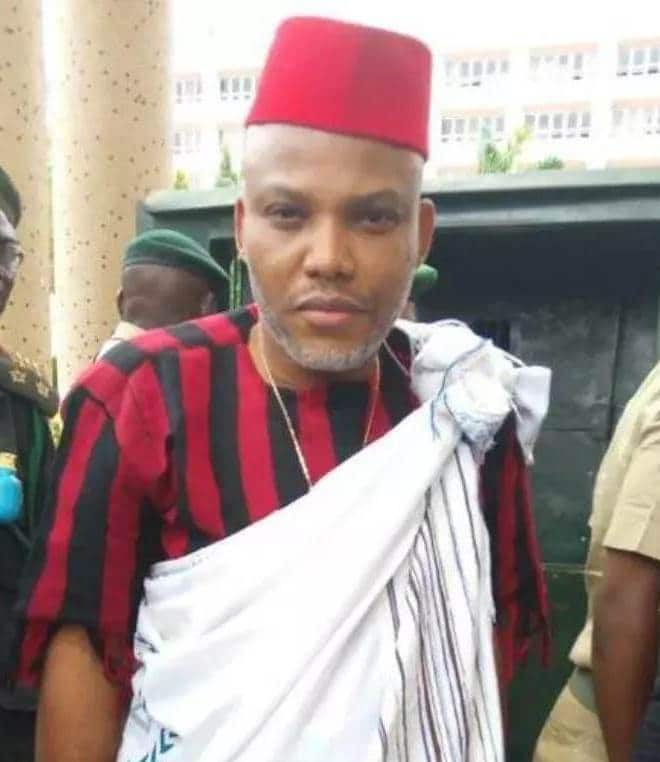 IPOB and The Urgency For Proactive Interventions – NSCIA

Salisu Shehu, Abuja: The Nigerian Supreme Council for Islamic Affairs (NSCIA) under the leadership of its President-General, the Sultan of Sokoto, Alhaji Muhammad Sa’ad Abubakar, CFR, mni, is increasingly becoming worried by the upsurge of violence occasioned by the lawless and defiant actions of the Indigenous People of Biafra (IPOB).

In spite of the fact that the self-appointed leader of the Group Mazi Nnamdi Kanu was released on bail from his arrest and detention on account of treason, his actions, since his release, have not only been defiant and in violation of all the terms of his bail but have increasingly been a cause of the escalation of violence in the Southeast and other parts of the country.

Reports reaching the NSCIA from the South-East and some parts of the South-South particularly Abia and Rivers states indicate that IPOB has been out on a campaign of rampage and indiscriminate violent attacks on Muslim communities especially northerners.

The door-to-door and vehicle-to-vehicle manhunt of Muslims for the kill in Umuahia and the unprovoked wholesome attack of Muslims in Oyigbo Local Government Area of Rivers State demonstrate the extent to which IPOB can go in terms of viciousness and savagery against fellow peace-loving Nigerian citizens.

The NSCIA hereby condemns these acts of violence and rampage being perpetrated by IPOB and warns that unless IPOB is properly dealt with and its activities completely stopped, they portend great threat to peaceful coexistence in the country and its unity.

The NSCIA therefore, calls on the Federal Government of Nigeria, the State Governments in the South-East and all the State Governments in all the other five geo-political zones in the country and the security agents and forces to take proactive measures and to set all necessary machineries for responsive and effective interventions to forestall escalation of the violence and its spread to other parts of the country.

Meanwhile the NSCIA wishes to express its unequivocal support to the Nigerian Military in its declaration of IPOB as a terrorist organization. That is exactly what it is and there is no reason for evading the truth at the most critical moment when commitment to it was most desired.

The truth, as is often said, shall not only set us free, but it also instils mutual trust amongst us and consolidates our collective resolve to leave peacefully together. Similarly, the NSCIA also places on record its support to the South-East Governors when they, at the end of their meeting of Friday, 15th September, 2017 proscribed IPOB and all its activities. While this is a confirmation of the stand taken by the military, the NSCIA however, salutes the courage and boldness of the said governors in this regard.

The NSCIA further implores the South-East and South-South Governors of the affected states to, as a matter of justice, take accurate stock of all destructions of lives and property made in the crisis and ensure that the victims are duly and properly compensated.

The NSCIA also puts its weight behind the efforts of the Rivers State Council for Islamic Affairs (RSCIA) under the leadership of Alhaji Nasir Uhor and the matured and peaceful measures it took in confronting this problem by addressing a press conference and revealing to the world the true situation of happenings in the affected areas.

The NSCIA, therefore, advises the RSCIA to continue to tread the path of peace in handling similar incidents and not allow itself to be provoked into taking laws into its hand. Similarly, the NSCIA also strongly advises Muslims all over the country to be law abiding and to also avoid any sort of action that may lead to breakdown of law and order such that the violence will not extend to other parts.

Finally, the NSCIA wishes to reiterate its call on the Federal Government of Nigeria to act proactively in handling this problem and to do the needful in ensuring that this challenge is properly tackled and finally nipped in the bud for the sake of the peace, unity, prosperity and even and meaningful development of this country. The NSCIA hereby declares its unrelenting support and loyalty to Mr.

President and Commander-in-Chief of the Armed Forces of the Federal Republic of Nigeria, Muhammadu Buhari. We pray unto Allah to give more sound health and fitness to Mr. President and we also pray for the peaceful and continued existence of Nigeria as a united and prosperous entity.