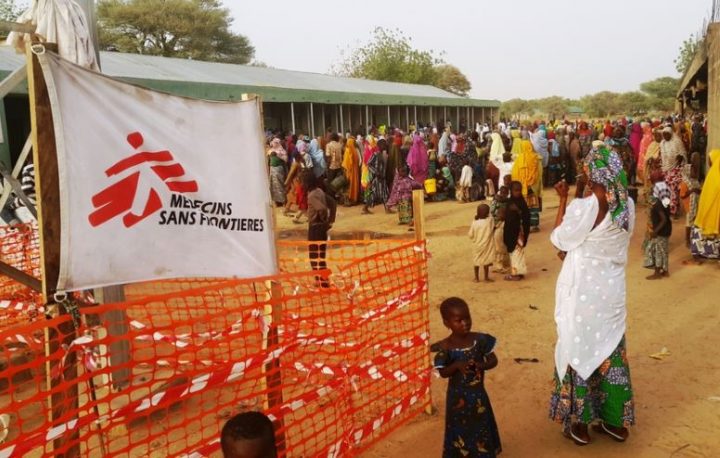 A humanitarian medical organisation, Medecins Sans Frontieres (MSF) said about 48 persons have died of cholera since the outbreak of the disease last month in Borno state.

The organisation otherwise called Doctors without Borders, said that 2, 627 cases of the disease were recorded by the state ministry of health.

Anna Cilliers, MSF’s Medical Coordinator said that the organisation had scaled up its campaign to contain the cholera outbreak in Maiduguri, Monguno and Dikwa local government areas of the state.

“As new cases of cholera emerged from Monguno, Dikwa and other parts of Maiduguri, MSF continues to scale up its response in the state. Since the start of the outbreak, a total of 2, 627 cholera cases and 48 deaths were reported by the Borno State Ministry of Health. The state capital Maiduguri alone has witnessed 1,425 cases, while 600 cases in Dikwa and 602 cases in Monguno have so far been reported.

“Early diagnosis and treatment is vital to tackle cholera outbreak. As cases of the disease increased in Maiduguri, we rapidly set up a 100-bed capacity Cholera Treatment Centre (CTU) at Dala area of Maiduguri”.

Cilliers disclosed in a statement that since August 16, some 491 patients were admitted and 475 discharged at the centre.

She added that the organisation had also set up another 50-bed capacity CTU centre at the Muna Garage Internally Displaced Persons (IDPs) camp in the outskirts of Maiduguri, adding that the centre would be upgraded to 100-bed capacity in the coming days, if the conditions warranted it.

The medical coordinator lamented that the disease has begun to spread to other camps in the surrounding area and into the city.

To contain the situation, Cilliers said, MSF operated an Oral Rehydration Point (ORT), where patients could access sugar and salt solution to help them to overcome severe dehydration.

“Patients arriving here in critical condition are taken directly in our ambulances to the cholera treatment centres”.

The statement also quoted Dr Felix Kouassi, another MSF’s Medical Coordinator, as saying that a 110-bed capacity treatment centre was established at Monguno to combat the disease.

Kouassi noted that patients with suspected cholera cases were isolated to curtail spread of the disease.

“We are worried that the number of beds currently planned may not be enough as cases continue to rise in the town.”

According to him, the organization was working closely in coordination with state ministry of health, World Health Organisation (WHO) and other humanitarian organisations on prevention and treatment of cholera, as well as providing training to health workers.

“We remain alert and through our community health workers continue to monitor spread of the outbreak and ensure rapid respond,” he added.

The News Agency of Nigeria (NAN) reports that the state government has commenced a five-day cholera immunisation campaign in the affected communities.

About 900, 000 persons were targeted for vaccination against the disease in the exercise while community sensitisation on environment, sanitation and hygiene has also been conducted to control the disease.