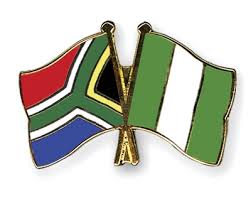 Mr Vincent Nzekwe, the newly elected Chairman of  Ohaneze Ndigbo, a socio-cultural organisation in  Western Cape Province of South Africa, says the group will build social cohesion among  all Nigerians in that country.

He told the News Agency of Nigeria (NAN) in Cape Town, South Africa, on Wednesday that there was a need to work together as Nigerians in the area.

“ Our priority is to reach out to various Nigerian communities in the Western Cape Province.

“  We need to build cohesion, be our brother’s keepers and form a united front on all issues affecting our country,” he said.

Nzekwe,  a former President of Abia Union in South Africa, said that Nigerians in the province were hard working and law abiding.

“ We will also ensure cohesion with South Africans and other Africans to promote our cultures and learn from each other.

“  This is one way of building greater relationships between people from different countries,” he said.

He further said that the group would assist needy members, give them a sense of belonging and sensitise them on the need to be law abiding.

Nzekwe said that a peace and reconciliation committee would be set up to resolve all outstanding issues in the build-up to the election in which he emerged victorious.

` The election has come and gone. We want to ensure that all parties are reconciled in the interest of our people.

“ Once we achieve this, we are good to go because a lot of programmes have been lined up for implementation,” he said.

The chairman also solicited for the support of Nigerians in South Africa to ensure a united and strong presence in that country. (NAN)