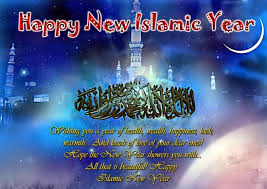 As Muslims mark the beginning of a New Islamic Calendar Year `Hijra’, the Muslim Media Watch Group of Nigeria (MMWG) has urged Nigerians to shun religious extremism and embrace peace.

The group gave the advice in a statement issued by its National Coordinator, Alhaji Ibrahim Abdullahi.

“Today is the beginning of the New Islamic Calendar Year 1439 AH. Otherwise referred to as Hijra, it is the 1st day of Muharram.

“There are twelve months in the Islamic Calendar Year just as it is in the Gregorian Calendar Year. The first month is Muharram and the last is Dhul-Hijja.

“We therefore use the period to appeal to Nigerian citizens irrespective of religious affiliations, to shun religious extremism and fanaticism and embrace peace by supporting government initiatives aimed at solving the socio-economic problems of the country.’’

The national coordinator said Islamic date was significant because it determines the practice of Islam globally including the beginning and end of Ramadan fast and Hajj rites.

“It also determines annually, dates of celebration of Islamic events such as Eid-el-Kabir, Eid-el-Fitr and Malud-Nabiyy.

“Activities marking the open celebration of the Islamic New Year began in Nigeria 37 Years ago when Muslims in the country in 1980, collectively organised a Mass Rally and Seminar to mark the beginning of 15th Century of Hijra.’’

Abdullahi recalled that the event was held in Ilorin, the Kwara State capital with participants from all parts of the world.

“Another significance of the occasion is that the date originated from the migration of the Holy Prophet Muhammad and his followers from Mecca to Medina following persecution by the idol worshippers of Saudi-Arabia.

“It was after the migration called Hijra that the Holy Prophet and Muslims were able to establish firmly the religion of Islam in the minds of the people in Medina, the whole of Saudi Arabia and beyond.

“It was a significant turning-point in the history of Islam and the Muslims as it goes a long way to refute the insinuation that ‘Islam was spread by force’ rather than persuasion and personal integrity of the Prophet Muhammad.’’

Abdullahi said as Muslims marked the commencement of the year, religious leaders and their followers should learn to live in peace with the people of other faiths in Nigeria.

According to him, they could do this by refraining from making provocative statements capable of causing ill-feelings for one another.

The group commended the states in the Federation which have declared the 1st day of Muharram as Public Holiday.

“Public Holiday is imperative as it is done for 1st January in the Christian Calendar known as Gregorian Calendar and calls on the Federal Government to do same,’’ he said. (NAN)