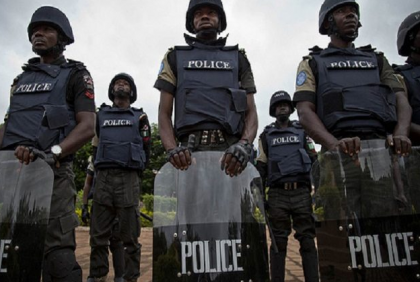 The force spokesman, CSP Jimoh Moshood, disclosed this while addressing journalists in Jere  on Thursday.

Moshood said that two AK47 Rifles, 16 locally made guns with ammunition, cutlasses, sticks and charms were recovered from the suspects when the police team raided their hideouts and camps.

He also said that some of the suspects’ victims were rescued between Jere and Kaduna  axis.

“ Most of the suspects were identified by the victims for being responsible for their kidnap.

“The suspects confessed to the offence.

“The arms and ammunition listed above and other properties belonging to some of their victims, who were rescued from the gang, had been recovered from them,“he said.

The spokesman said that the police were intensifying their investigation that would to the arrest of other suspects still at large, adding that all the suspects would  be arraigned in court on completion of investigation.

Moshood said that they were also to beef up security in their areas of responsibilities and ensure massive deployment of armed police personnel, patrol teams and undercover operatives to black spots, flash points and other vulnerable criminal spots.

He assured the public  that the ongoing raids on criminal hideouts would be sustained across the country.

The spokesman said that Idris commended residents of towns and villages along Abuja – Kaduna highway for the support and assistance by always giving  prompt information to the police on people suspected to be involved in criminal activities.

“The renewed commitment of the Nigeria Police Force to reduce crimes and criminal activities in the country remains unwavering,“he said.

Earlier, Mr Abdulrahman Jere, an official of the Jere Traditional Council, said that the activities of the criminals had stopped motorists from plying the Bwari-Kaduna road through  Jere.

He said that all the suspects arrested were not from Jere, adding that people from Jere were peace loving and not habouring criminals.

“We will continue to work with the police to fight criminal activities in this area,“he said.

The News Agency of Nigeria (NAN) reports  that the Force on July 25 commenced ‘Operation Absolute Sanity’ on Abuja-Kaduna Highway.

NAN also reports  that the operations were  to complement  the ongoing Joint Police/Military operations on ground before now.

On July 31 and Aug. 3, the police also arrested 31 and 40 suspects at Katari and Rijana areas respectively along the Kaduna-Abuja road. (NAN)