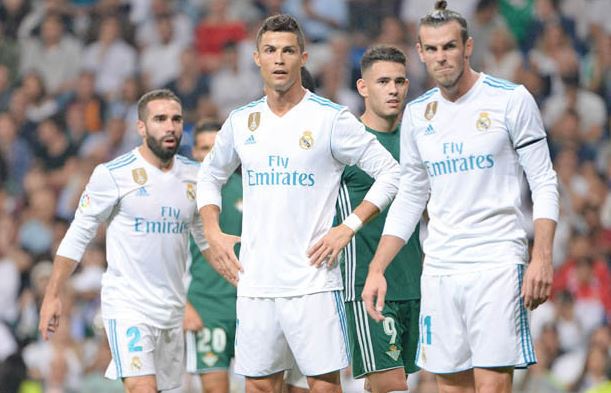 If the disappointing draws against Valencia and Levante had seemed bad enough, Wednesday’s shock loss to Real Betis means Real Madrid even with Cristiano Ronaldo back, Zinedine Zidane’s side risk falling out of contention in the Primera Division.

League titles are not decided in the fifth round of 38 fixtures and there is a long, long way to go. However, with La Liga won with 90 points or more in recent seasons, a deficit of seven at this early stage is alarming for a Madrid side that had started out as red-hot favourites after winning a Primera Division and Champions League double in 2016-17.

Versus Valencia, Madrid scored only two of their 29 opportunities, many of those clear-cut chances. The result was not a good one, but the performance had been positive and Zidane’s side should have won. However, it proved to be the start of a worrying streak at the Santiago Bernabeu.