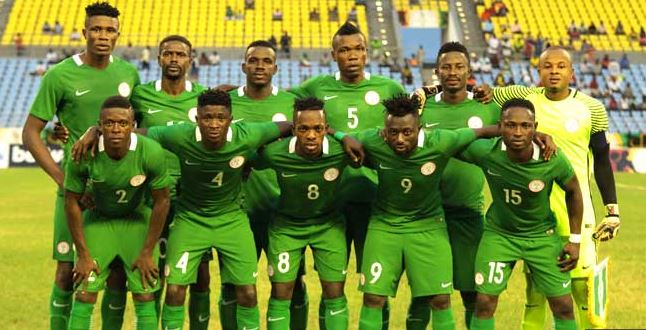 Soccer fans in Ebonyi have advised the Nigerian Football Federation (NFF) against overhauling the Super Eagles team B following their failure to clinch WAFU Nations Cup.

The CHAN Eagles lost 1-4 on Sunday to their hosts Black Stars of Ghana in a match played in Cape Coast.

The fans, who spoke to NAN on Monday in Abakaliki, said that several factors contributed to the team’s loss and advised the NFF to address them instead of overhauling the team.

Okwudili Nwaolisa, a former Team Manager of Coal-City United FC of Enugu, said since the team had limited time to prepare for the CHAN tournament in 2018 it was necessary for the NFF to retain the players to ensure more blending.

“The players have been together for long and duly qualified for the CHAN competition.

“The technical crew should identify areas of defect and fortify them to ensure cohesion and blending in the build-up to the CHAN tournament,” he said.

Supporting this assertion, Jerome Anyata, a grassroots football coach in Ivo Local Government Area (LGA) of Ebonyi said that the team lost due to players’ lack of exposure.

“Playing before a vociferous Ghanaian crowd destabilized the players as most of them were facing such situation for the first time in their careers.

“The team is good to have qualified for the competition’s final and CHAN but the authorities should organize more competitive matches for adequate exposure,” he said.

Simon Mmegwa, a soccer viewing centre manager blamed the NFF for the team’s tepid display and noted that the body was not serious in managing the national teams.

“The players were not motivated en-route the final with no provision of match allowances and other bonuses while their foes were massively motivated for the final match.

“The situation was made clearer with most of the players wearing jerseys without names which showed that their welfare was neglected,” he said.

Chief Titus Eze, An hotelier and soccer buff, blamed the centre referee for the Eagles loss, noting that he favoured the Ghanaians with his biased decisions.

“The penalty which resulted in the Ghanaian’s second goal practically destabilized the Nigerian players due to their exposure level and anxiety to equalize.

“The Ghanaians prepared for the match like an AFCON final and they were not to blame with the win being a consolation for the CHAN miss and shaky world cup qualification displays,” he said.

Miss Arumma Eneh, a teacher and soccer enthusiast blamed the Eagles technical crew for the loss, noting that Coach Salisu Yusuf made no tactical impact to the match.

“Yusuf watched as the players made series of mistakes and could not proffer solutions to the threat posed by Ghanaian left winger, Patrick, who engineered his team’s three goals in the second half of the match.

“I suggest that Gernot Rohr takes over the team as it prepares for the CHAN competition and work seriously on Ikechukwu Ezenwa for the world cup qualifier against Zambia,” he said.

NEWER POSTAPC Leadership To Sagay: ‘You Are The Rogue Elephant’
OLDER POSTEducationist Raises Concern on Impact of Social Media on Reading