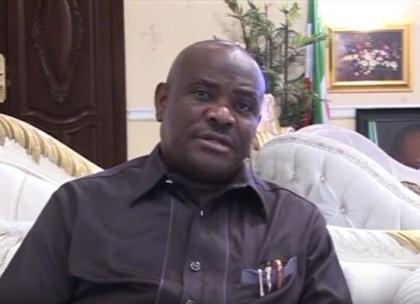 He said that because of that they may not be part of any secession agenda.

The Governor made this known at the 57th Independence Church Service, which held at Saint Mark’s Anglican Church in Port Harcourt.

‘’God has blessed this country, we are not part of those who want to secede, Rivers State will never be part of that,” the Governor stressed.

The governor, however, advised the Federal Government to ensure good governance to end the increasing agitation for self determination among ethnic groups in Nigeria.

“In as much as you continue to have bad governance, people will continue to agitate across the country, we give God the glory that we are still one, despite the agitations and challenges,’’ he added.

He called for justice and equity for all citizens.

He also advised Nigerians to  always speak out against injustice.

Gov. Wike noted that politicians  sometimes behaved irrationally  because of their thinking that they could always manipulate election results to suit their purpose.

The Governor called for enhanced security and and a purposeful justice system for all federating units.

He stated that such gesture will give all Nigerians a sense of belonging and reduce the palpable tension across the country.

Wike reiterated the call for an investigation into the  activities of the Special Anti-Robbery Squad (SARS) in Rivers.

In his sermon, the Anglican Bishop of Evo Diocese, Rt. Rev Innocent Ordu, noted that Nigeria had developed despite the challenges facing the it.

The Bishop called on Nigerians to respect the constitution of the country and constituted authorities.

He also charged them to work for the development of the country.