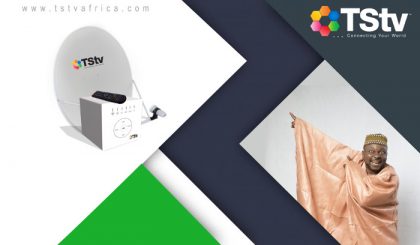 The launch of a new satellite television, TSTV has been welcomed by many Nigerians who took to their social media platforms to celebrate the new provider.

While celebrating the new provider, they mocked DSTV and other cable service providers saying that TSTV has brought very good competition that would put them on their toes.

Many of the Nigerians who alleged exploitation by existing satellite TV providers said that TSTV has affordable rates and better offers.

TSTV among other things, promises to offer pay-per-view, affordable subscription rates with daily subscription available as well as a 20gb free data all for a N5,000 decoder and maximum monthly subscription of N3,000.

Long before it was launched on Oct. 1, many Nigerians had treated the news of its coming with much anticipation. Many believe the coming of TSTV will break the control of DSTV.

On twitter, TSTV trended with over 26,000 mentions as at the time of this report.

Some of the Nigerians who expressed their views on their Twitter handle said that the launch of TSTV which coincided with the nation’s independence day celebration, meant satellite TV independence for Nigerians.

Meanwhile, the Federal Government has granted TSTV tax free operation for three years as a way of encouraging the company.