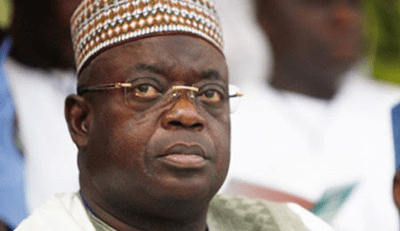 In his ruling, Dimgba ordered that the case file be returned to the Acting Chief Judge of Federal High Court, Justice Abdul Kafarati, for re-assignment to Minna Division of the court in Niger State.

Justice Dimgba held that the application was meritorious.

He made the order following an application by Aliyu’s co-defendant, Umar Nasko, who was the governorship candidate of Peoples Democratic Party (PDP) in the 2015 poll in the state and ex-commissioner for Environment, Parks, Gardens and Forest Resources in the state.

The Economic and Financial Crimes Commission (EFCC) had on May 16 arraigned the duo on
an eight-count charge of conspiracy and diversion of over N1 billion ecological fund which the state received from Federal Government in 2014.

Nasko had through his counsel, Mamman Usman (SAN), filed an application seeking the transfer of the case to Minna Division of the court.

Usman argued that the alleged offences were said to have been committed in Niger and insisted that it be transferred to the state.

He said “the basis for the application is to see that the trial is conducted at the proper forum and not out of lack of trust in this court to do justice.

“The prosecution had not placed or shown any evidence before the court of lack of security in Minna.

“All the evidences, witnesses and defendants in the matter are based in Minna, so it is more suitable that the case be conducted in Minna High Court Division.”

EFCC’s lawyer, Mr Ben Ikani, who started introducing his counter-affidavit to oppose the motion, however, suddenly opted to withdraw his objection to the application.

He said the EFCC thought it would be more convenient to have the case tried in Abuja.

He added that “my honour, I am no longer objecting the motion to avoid delay in this case. The complainant (EFCC) is ready for trial any day and anywhere.”

When the judge asked Olajide Ayodele (SAN), Aliyu’s lawyer about his view on the transfer application, he also said he had no objection. (NAN)