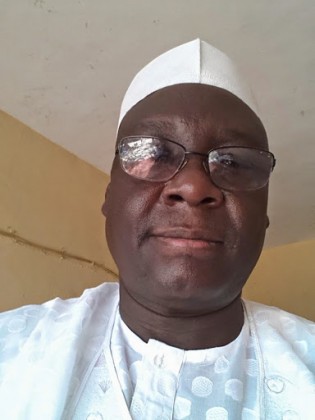 Why Nigerians must continue to live in peace–NOA

The National Orientation Agency (NOA) has urged various stakeholders in the Nov. 18 governorship election in Anambra to play by the rules and ensure that the exercise was credible, free and fair.

Dr Garba Abari, the NOA Director-General, made the call at a one-day round-table organised in conjunction with Konrad Adenauer Stiftung Foundation in Awka on Friday.

Abari said democracy had come to stay in Nigeria and should be protected by ensuring that political parties and other stakeholders in the process created an atmosphere that would increase citizens’ confidence.

The News Agency of Nigeria(NAN) reports that the director-general was represented by Mrs Ngozi Ekeoba, the Director, Political, Civics, Ethics and Values in the agency.

He said the round-table was for the political class to exchange ideas to ensure a successful election.

“As an agency mandated to sensitise, orientate and mobilise the populace on government programmes and policies, we would like a Nigeria that would be ideology based.

“That is a place where politicians would be principled and where elections would be devoid of violence.

“Anambra should be a place where losers will be willing to contribute positively to progress, where the ruling party will carry others along in order to achieve success.

“Let me emphasise that this election must not become a threat to peace and the nation as a whole,” he said.

In his Keynote address, Prof. Obiajulu Obikeze, identified independence of the electoral body, freedom for the opposition and equal political space for all parties as ingredients of a peaceful and credible process.

Obikeze, who is the Dean, Post-Graduate Studies at Chukwuemeka Odumegwu Ojukwu University, Anambra, said stakeholders in the process, including the INEC, political parties, the judiciary, security agencies, electorate and the mass media  to be mindful of their roles.

The don said that peaceful election was possible and that the Anambra case would not be different.

In his remarks, the Deputy Commissioner of Police in the state, Mike Okorie expressed disappointment that the leadership of the 37 political parties taking part in the election and their candidates were not at the round-table.

Okorie, however, gave an assurance that the Police would be guided by the principles of international best practices before, during and after the poll.

He, therefore, urged those involved in the polls not to break the law. (NAN)