NYSC To Offer Free Medical Services To Over 10,000 Rural Dwellers In Zamfara – Coordinator 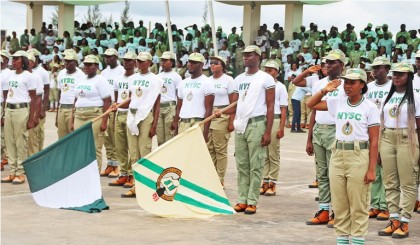 No fewer than 10,000 residents are expected to benefit from the 2017 Health Initiative for Rural Dwellers Scheme (HIRD) being organised by the National Youth Service Corps (NYSC) in Zamfara.

The state coordinator of the NYSC, Hajiya Rahamatu Sanda, made the disclosure on Monday in Gusau in an interview with the News Agency of Nigeria (NAN).

She said the medical outreach, which would commence on Tuesday in Nahuche town, Bungudu local government area, would end on Friday.

She added that the 2017 NYSC U-report week would also been unveiled during the four-day exercise.

The coordinator said that residents of several communities in the state had been selected for medical outreach.

She added that the outreach is expected to provide free medical and healthcare services to over 10,000 beneficiaries.

“In each of the selected communities, we are targeting a large number of beneficiaries,” she said.

Sanda explained that the scheme was initiated by the NYSC to assist rural dwellers with free medical and healthcare services.

She noted that several people from the rural areas suffer from various diseases and could not afford to seek medical help in hospitals due to financial constraints.

“That is why the NYSC came up with this initiative to assist people, especially the poor at the grassroots.

“Various diseases such as malaria, diabetes, cholera and typhoid will be treated during the outreach,” she said.

“We have also invited other stakeholders such as health care service providers, including government and private health institutions for the exercise.” she added.

The coordinator appealed to the benefiting communities to cooperate with the NYSC by availing themselves for the exercise. (NAN)