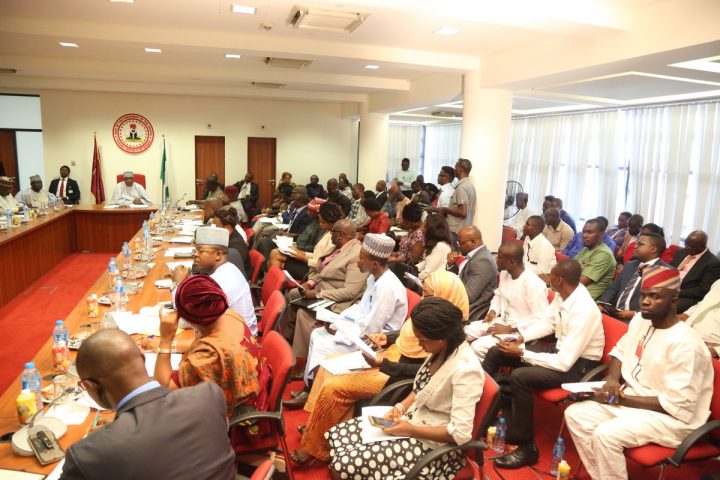 The Senate, Civil Society Organizations (CSOs) and representatives of Ministries, Departments and Agencies (MDAs) on Monday convened a roundtable dialogue on the alarming rate of youth unemployment in the country.

The session identified poor youth orientation and mindset, skills gap, unfocused education system, poor funding and lack of collaboration and synergy between government agencies responsible for employment generation and implementation of government policies as some of the reasons responsible for the increasing unemployment rate in the country.

The session noted that there is a disconnect between among agencies championing the government’s programmes aimed at making the youth to embrace entrepreneurship and become self-employed.

According to the group, there is need to step up advocacy aimed at reorienting youths to develop the savings and ‘starting small’ culture.

They further noted that for real change to take place, the leaders of today need to show example in all their dealings for the youths to imbibe.

They insisted that since Rome was not built in a day, the youth of today have to be made to realize that they ought to be problem solvers rather than being the problem.

While increasing population was counted among factors leading high rate of unemployment, it was agreed that the nation’s population would be its greatest advantage if properly channeled into a productive endeavour like agriculture.

Other suggestions aimed at tackling the rising unemployment rate included comprehensive land reforms, entrepreneurship training, releasing and monitoring of budgetary allocations to ensure they are used for intended purposes.

It was also suggested that the nation needs accurate data and demographics of its population to aid better planning and application of resources.

President of the Senate, Dr. Abubakar Bukola Saraki, in his opening remarks, lamented that at present, adequate data and information that forms the basis of analysis and planning are difficult to obtain. 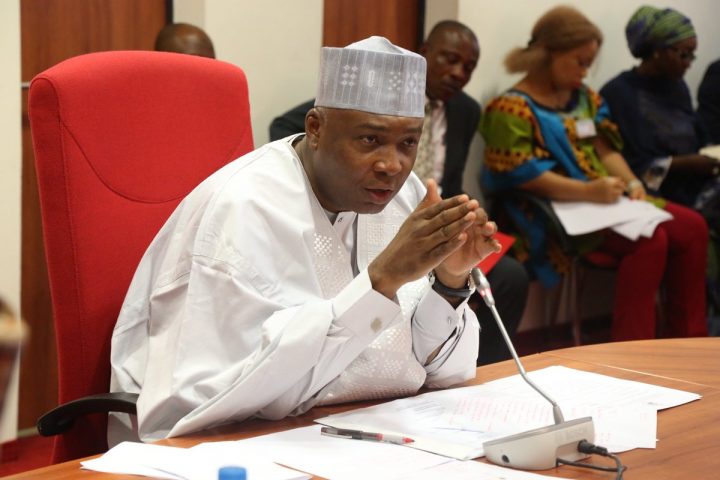 “This lack of data makes it difficult for policymakers to understand the nature of the unemployment challenge and make informed decisions on how to support young people in the labour market,” Saraki said.

The Senate, Saraki stated, decided to undertake the youth unemployment challenge by inviting the frontline program implementers and organizations to better understand how their missions are tested by the development needs of young people.

He noted that the roundtable was not intended to be an oversight hearing.

“Oversight is the domain of Senate Committees. This roundtable is more of a fact-finding and information download from our panelists?” he said.

He said it was the desire of the Senate that discussions at the roundtable would kickstart a consultative process that will open up the decision making process to good ideas and strategies that will address youth development issues in the country.

“Nigeria has its sights set on one day becoming a leading industrialized nation,” Saraki said. “The plan will never be achieved if we do not begin to prepare tomorrow’s workforce today.”

He added: “The world is now digitally connected, competitive and fast-paced environment. It is imperative that government policies become more coordinated and informed about how to support young people’s aspirations.

“It pains me to know that young people defer many of their hopes and aspirations due to lack of employment opportunity. As our nation continues to diversify the economy and move from economic recovery to expansion, we must end the marginalization of young people by including their interests in national planning from inception.

” A major takeaway from today is that it is clear that there is a disconnect between those that are implementing youth development and empowerment programs and what is happening on the street.

” From today’s meeting, it is clear that organization’s like the Bank of Industry (BOI) and others are ready and willing to do what they can to bring down this number. This is why on our own part, we need to address this issue of the re-orientation of our young people to get them ready for the future that lies ahead,” the President of the Senate said.